A recent article in Barron’s compares the performance of two small-cap indexes: the Russell 2000, the most commonly-used benchmark, and the lesser-known S&P SmallCap 600 index.

According to the article, over 90% of investment funds focus on the Russell 2000, but this index has underperformed its S&P peer for more than twenty years. “The difference isn’t trivial, either,” the article points out, adding that when reinvested dividends are taken into account, the difference amounts to nearly two full percentage points—10.2% for the S&P SmallCap 600 and 8.3% for the Russell 2000.

Jodie Gunzberg, S&P managing director of U.S. equities, explains that there are two factors to consider regarding the outperformance. First, she says, S&P filters out companies with weaker financials and “maintains its screening process throughout the year, dropping or adding stocks as needed.” The Russell 2000, however, employs a simpler approach in which it ranks companies by market value. According to Tom Goodwin, senior research director at FTSE Russell, “Our intention is just to capture the market. We want to provide a complete picture of what the small-cap space is. We do not have quality requirements. We do not look at profitability.”

The S&P SmallCap 600, a smaller index by two-thirds, is not a purely passive index, argues FTSE Russell, but rather a “sample” of the small-cap market. 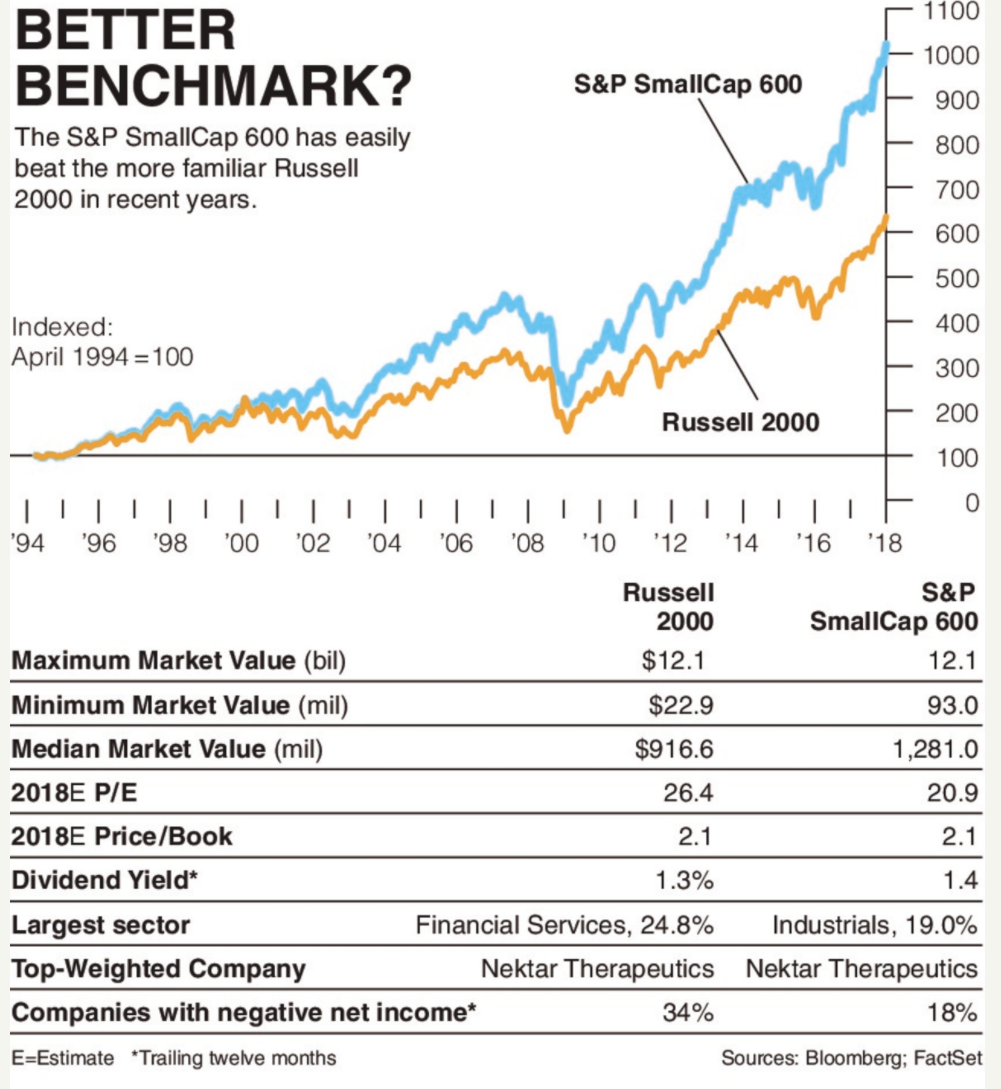 Despite the performance variance, the article says, the Russell 2000 is still widely used because it’s well known. Gunzberg argues that small-cap fund managers may prefer to use it as a benchmark because it’s “easier to outperform”.