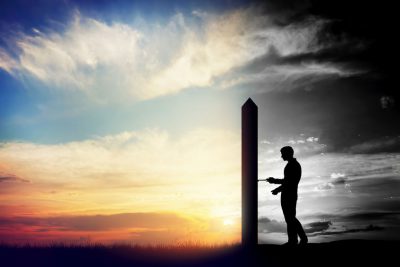 Polarization has become the new thing. Everyone seems to have such strong opinions one way or the other on every issue that they just can’t see how the opposite opinion to their own is even possible. They can’t see how a rational human being could think differently than them.

Obviously, the biggest place we currently see this is in politics. More and more political opinions are cast in stone and are not subject to negotiation, or even subject to facts that contradict them. You are either on the right or the left and the opposite side is your enemy.

The belief that there is an absolute right answer and an absolute wrong one is fraught with problems, though. It leads to not even considering the opinions of others. It becomes the enemy of learning. And it leads to poor decision making.

We all are subject to this. We like to point our fingers at others, but they are often best pointed in the mirror.

I was born and raised in Connecticut. It is one of the bluest states in the country. My wife grew up in Georgia, which is about as red as any state gets. Since we got married, I have had an opportunity to spend a significant time in the South. As a result, I have also been exposed to many opinions and views that are very different from my own. That process has been a great learning experience for me. I have been able to experience a different way to look at the world. I have learned that many people who feel differently than I do have well-reasoned arguments behind what they think, even if I don’t agree with them. But most of all, I have learned that I learn much more from people who disagree with me than those who share my beliefs. I have learned the benefits of the other side.

Don’t worry, I am not going to make this post about politics. My focus here is on investing and it turns out that being able to see the other side is essential here as well. Investors tend to build a series of beliefs over time and then to seek confirming evidence of them. It becomes a viscous cycle where an investor reaches a conclusion and then selectively reads and listens to only those who back up that belief.

The Pitfalls of Market Valuation

Market valuation is one place you often see this type of thought process. The market is clearly expensive right now relative to history. Some metrics make it look worse than others, but no matter what you look at, you will likely see at least an above average valuation. Even if you look at more recent history, when valuations have been above historical norms, valuations still look stretched. This chart from our market valuation tool looks at the TTM PE ratio of the S&P 500 since 2005. It has only been more expensive 20% of the time. 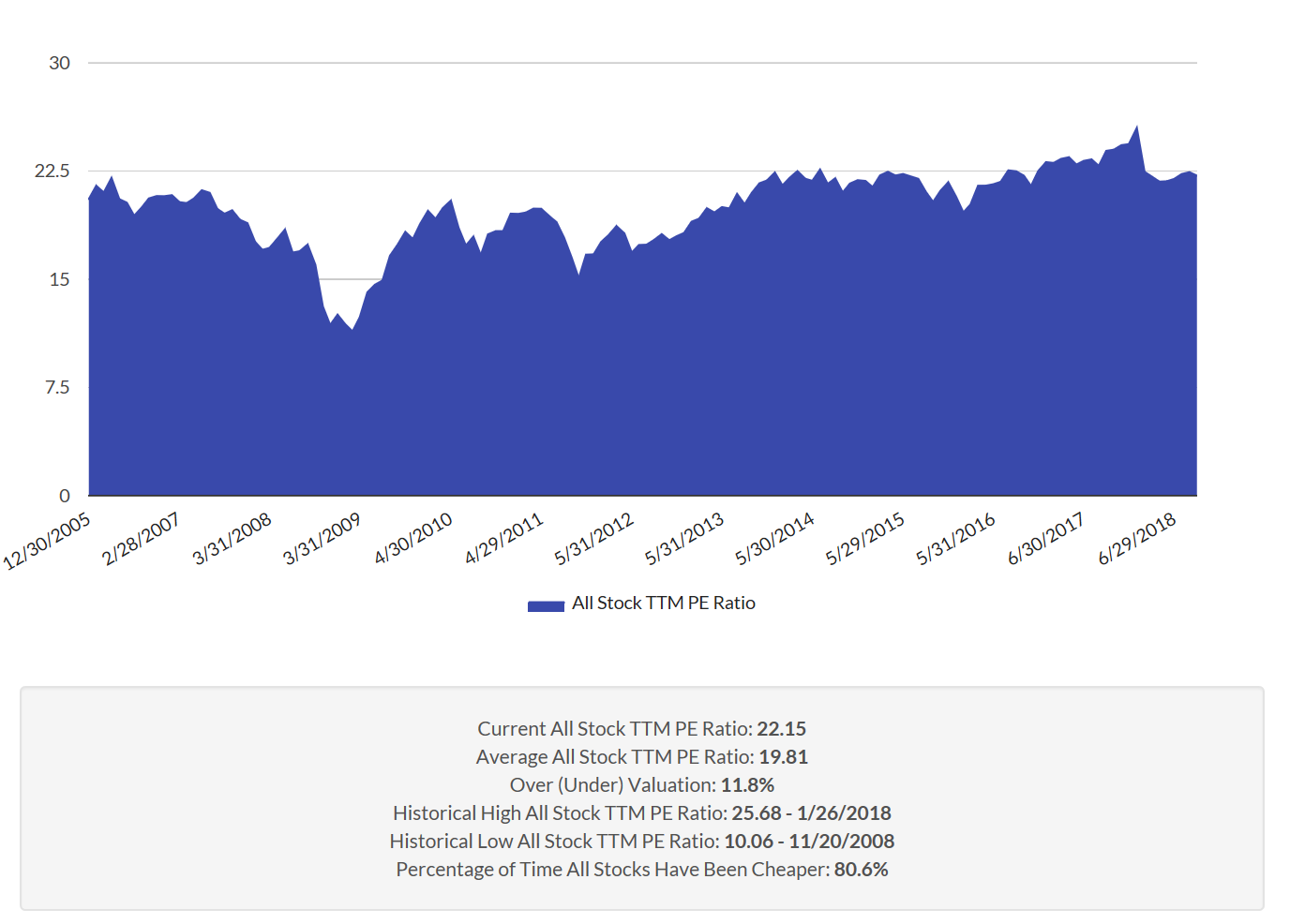 That only captures part of the picture, though. Markets tend to stay overvalued for extended periods of time during bull markets and timing when that overvaluation will end is next to impossible. Although valuations give you a picture of where markets are relative to history, they are a terrible timing tool. And we just had a tax cut that will boost earnings substantially this year. Those results are slowly being reflected in trailing twelve-month earnings as the year progresses, which is lowering valuations without a reduction in market prices (you can see that in the far right of the chart above). Investors who have made up their mind that the market is overvalued have likely been out of this market for a while now and missed substantial gains. They may very well miss further gains going forward. Those who were willing to look at both sides and challenge their belief that valuations can be used to time the market have likely had a much better outcome.

The Value Reversion That Never Seems to Come

The ability to look at both sides can also be very beneficial in how you select stocks. As I have written in previous columns, I am a big believer in value stocks. The historical evidence to support value is very compelling. So it is certainly very reasonable to believe that value stocks are likely to rebound from their extended period of underperformance and potentially do so soon. But those of us who believe that are very likely to be subject to confirmation bias and just continue to read arguments in favor of value stocks over and over again. By doing that, we may miss something. That something is that there are some things that are different this time.

Ben Hunt of Epsilon Theory discussed this is his excellent post The Three Body Problem. I won’t go into all the details of it here because he does a better job than I ever could, but the summary of his argument is that the Fed’s unprecedented use of quantitative easing has changed the landscape and calls some of the conclusions we are making off historical data into question. The result may be a reduced value premium and more extended periods of outperformance and underperformance for value going forward.

The metrics we use to identify value also should be open to review and subject to challenge. For example, the Price/Book ratio, which is the most commonly used value metric, is not nearly as relevant as it used to be due to the rise of intangible assets, which are not reflected in book value. I am a believer in using Price/Book as part of a value strategy and have written articles in support of it, but those of us who believe in Price/Book would be doing ourselves a disservice if we didn’t consider whether it still makes sense in the current market. Just blindly following it and expecting the past to repeat itself doesn’t make any sense.

The Power of Disagreement

In the end, looking at the other side doesn’t mean you have to change what you think. It doesn’t mean you need to ignore the historical evidence that supports what you think. What it means is that confirmation bias can be the enemy of good decision making. We all want to be right, but it is more important to be correct. I have found that focusing on information that contradicts my opinion rather than confirms it has made me a better decision maker. It has also made me consider things I otherwise wouldn’t have. So next time someone disagrees with you, it may be better to look at it as a learning experience rather than discounting their opinion. It will likely make you a better decision maker and a better investor.