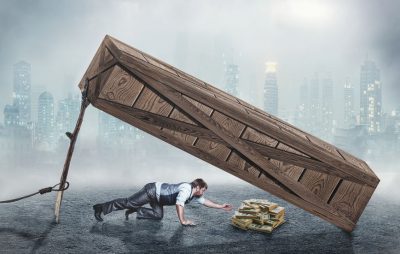 Value investing is full of pitfalls. It is easy to think that as a value investor all you need to do is buy cheap stocks and eventually the market will come around to your way of thinking, but that just isn’t the way things work in the real world.

Many value stocks are cheap because they deserve to be. Some of them no longer have sustainable businesses, and as a result their current discounted multiple will look really expensive relative to where their business is headed. These types of stocks are often referred to as “value traps” and value investors do everything they can to avoid them.

The challenge of avoiding value traps, however, is that many of the methods an investor can use to try to circumvent them will also result in avoiding other stocks that will end up being good investments. The balance between avoiding the bad stocks while not avoiding the good ones is an incredibly difficult one, and even the best investors and factor-based systems struggle with it.

I have seen many methods of avoiding value traps throughout my career, and all of them were far from perfect. You can’t avoid all value traps, and you can’t attempt to avoid them without sometimes excluding stocks that in retrospect you shouldn’t have. As a result, just buying a basket of value stocks and not even trying to avoid value traps is better for many investors in my opinion because the unintended consequences can easily exceed the benefits.

We have been testing these types of systems for a long time now and have identified a few core criteria that we think can help to identify value traps in advance. There certainly is no magic bullet here, but by focusing on situations where past fundamentals may not properly reflect the true state of a business, we think you can increase the odds of identifying value traps without too many adverse consequences.

When a Negative Screen is Better Than a Positive One

The first thing we have learned in trying to screen for quality within a portfolio of value stocks is that often excluding the worst stocks works better than including only the best ones. Tobias Carlisle did some excellent research in this area for his book “The Acquirer’s Multiple”. He started with Joel Greenblatt’s Magic Formula, which screens stocks based on value and quality and compared it to a system that only looks at value. He found then when he excluded the quality portion of the equation, returns went up. Buying the cheapest stocks worked better than buying less cheap stocks with high returns on capital.

We have found something similar in our research. When we add a positive quality screen to our value models, we end up owning more expensive stocks and the impact of the value factor gets muted, thus reducing long-term returns. Adding a filter for high quality does reduce value traps, but the unintended consequences are greater than the benefit.

Where we have found quality screens to be useful is in eliminating the absolute worst stocks. Below are some criteria we have found helpful in doing that.

By definition, a value trap is a stock that is cheap. But it also cheap for a reason. One of the major times past data can fool you is when the market knows that something significant has changed for a company, but the past fundamentals don’t yet reflect it. For example, if oil prices fall rapidly, oil stocks will look very attractive, but if future earnings are expected to the cut in half, those valuations don’t paint a realistic picture. We have found that by looking for major differences between past and projected future sales and earnings, we can help to limit exposure to these type of value traps. The one caveat with this is that the only way to do it is to use analyst estimates, and they are notoriously inaccurate. But we are only looking for major deviations, which doesn’t require a high degree of precision.

If cash flows are lagging well behind earnings on a consistent basis, it is typically a sign that earnings are inflated in some way. We have found that excluding companies where these differences are most extreme can help to limit value traps.

Debt magnifies problems. Value stocks typically have some level of distress, and firms with a lot of debt on their balance sheets typically have much shorter runways to deal with their issues, and much higher chances of bankruptcy. Significant debt isn’t a guarantee of failure, but it increases the odds. We have found excluding firms with extreme levels of debt helps to avoid value traps

I grouped these two together because they both get at the same issue. The market is right more than it is wrong and the stocks at the absolute bottom of the market in terms of relative strength tend to have greater problems than their valuations would indicate. The first three criteria above seek to identify specific fundamental issues that can lead companies to become value traps. This criterion just recognizes that we will never be able to identify every fundamental issue, so we try to cover the others by excluding stocks with the absolute worst relative performance.

High short interest is a different way to get at the same thing. Short selling is one of the toughest things to do in the market since the market goes up much more than it goes down. It is like trying to paddle a boat upstream against a river with a strong current. Since only the best short sellers will survive, it is often not a good idea to bet on the stocks they are betting against.

Balancing the Positives and Negatives

In the end, the most important thing to know about avoiding value traps is you can’t do it completely. The second most important thing to know is that any attempt to do it will have unintended consequences. If you are a value investor, you are going to invest in some value traps. But if your goal is to limit them as much as possible, while trying to avoid unintended consequences, we have found common sense criteria can be helpful in doing that.