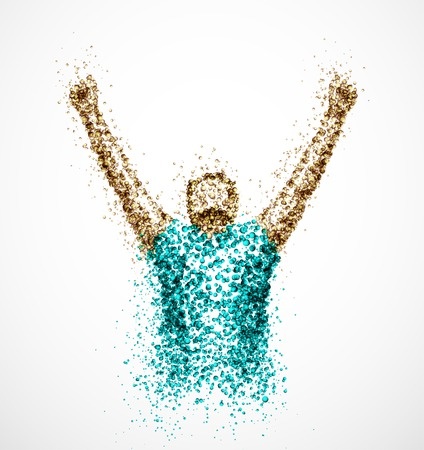 To make money in the markets, one needs to be an independent thinker who bets against the consensus and is right. – Ray Dalio

I am a big New York Jets fan. So I am used to disappointment. The Jets haven’t appeared in the Super Bowl since 1969, which is the longest drought of any NFL team. Despite this history of losing, no matter how bad the predictions for them are, I go into every season optimistic (what that says about me is probably a topic for another article).

This season may have been the hardest ever to be optimistic about. The experts were predicting that they had a very good chance to go 0-16 and could potentially be one of the worst pro football teams of all time. But as all of us involved in investing know, experts have a way of being consistently wrong.

That isn’t to say that the Jets have been good this year. They are 4-6 and are likely headed for another season of not making the playoffs. But they have far exceeded expectations, with four wins in their first ten games, when most people thought they would have zero.

I don’t mention this because I want compassion for the pain of being a Jets fan, though. I mention it because there is a very important investing lesson in the story of the Jets’ season so far.

A team’s win loss record is what matters most to its fans, but people who bet on NFL games look at something different. To them, the point spread, which is set based on the expectations for each game, is what matters. If two teams are playing and one is significantly better, you might see something like a seven point spread attached to the game. So anyone who bets on the better team would only win their bet if that team wins by more than seven points. This makes for a fair playing field because otherwise everyone would just bet on the better teams and casinos would eventually be wiped out (and we all know this isn’t going to happen since the house always wins).

For people who bet on games, a team’s record against the point spread is more important than their actual record. This is where the difference between expectations and reality comes in. Despite having a 4-6 record, the Jets are 6-3-1 against the point spread, making them one of the best teams in the NFL to bet on this season. So despite not playing particularly well, people who have invested money betting on them have done very well.

And there is a very important lesson for investors in that.

One of the principles that many people don’t understand about investing is that nothing is more important than expectations. The market does a very good job of pricing stocks based on what their businesses are expected to do going forward. So you may feel the FAANG stocks have lofty valuations (and I would agree with you), but those valuations are high because the companies continue to deliver results that exceed investor expectations, which leads to higher future expectations and a higher stock price.

The retail stocks are at the complete opposite end of the spectrum. Most retail stocks have been doing terribly based on expectations that Amazon will either substantially reduce or destroy their businesses. So retailers look very cheap using pretty much any valuation metric, but they are cheap for a reason. Their businesses aren’t doing well and investors are reflecting that in their stock prices.

So investing in stocks is not about figuring out which stocks trade at high valuations and which trade at low valuations. It is about trying to figure out where the expectations that are priced into a stock are wrong.

Michael Maboussin sums this point up well in a presentation have gave on this topic:

Having been on the sell side for many years and then on the buy side, I can say categorically that the single greatest error I have observed among investment professionals is the failure to distinguish between knowledge of a company’s fundamentals and the expectations implied by the company’s stock price. If the fundamentals are good, investors want to buy the stock. If the fundamentals are bad, investors want to sell the stock. They do not, however, fully consider the expectations built into the price of the stock.
https://www.cfapubs.org/doi/pdf/10.2469/cp.v23.n3.4260

In other words, the current expectations of the market are already priced into every stock. Investors tend to think stocks with good fundamentals are better than ones with bad fundamentals, but that isn’t the case, because the market’s opinion of those fundamentals is already reflected in the current stock price.  The only way to make money is to have a differing view from that (which is the easy part) and to be correct about it (which is the hard part).

That is the reason that value investing works over time. Value stocks tend to all have significant problems in their businesses. That is why they are cheap. But the market tends to systematically overestimate those problems, which provides an opportunity for patient investors who can wait around until the market realizes that. So value investors are taking a non-consensus view and are hoping that time will prove them correct.

And even the Amazons and Googles of the world will eventually run into this. I am often asked about when this rally in the FAANG stocks will end. My first answer is that I have no idea, because I don’t think anyone does. But the second answer is that it will end when they can no longer meet expectations, not when their valuations get to a certain level. The problem the FAANG stocks face is that every quarter when they beat earnings estimates, future estimates go up, so the bar they have to meet the next quarter is higher. Eventually, that bar gets so high that they can no longer meet it. That is when their long run of outperformance will likely end. And since these companies trade at very high valuations, the punishment for missing expectations is likely to be severe.

So making money in the market is a constant game of trying to figure out what expectations are, where they are wrong, and how to profit from it. The first part is the easy part. The second two are much more difficult. As human beings, we will always be overconfident about our ability to do this and we will often be disappointed in the results.

So I will continue to save my irrational behavior for football and will stick by my prediction of a Jets trip to the Super Bowl until the day that becomes a mathematical impossibility (which unfortunately for me will likely be soon). But in investing, I will stick to believing that the market’s expectations are mostly correct. Either way, understanding the role that expectations play is key to achieving long-term success.