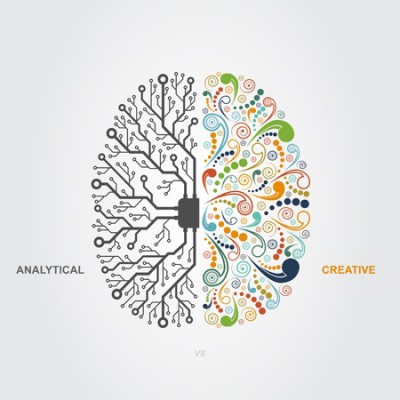 The celebrated author Mark Twain said, “It’s not what you don’t know that kills you, it’s what you know for sure that ain’t true.”

Twain’s point is well taken, and a keen interpretation of the human condition. As a species, we are extremely accomplished at spinning tales and making meaning, whether based in logic or not, and formulating decisions based on those stories. A precarious tendency when it comes to investing.

The award-winning journalist and novelist Will Storr’s book The Unpersuadables: Adventures with the Enemies of Science (2014 Picador/Overlook) delves into the psychology and neuroscience of storytelling and the book has been described as “an extraordinarily thoughtful account of what it means to believe anything.” According to Storr, humans live their lives in narrative form and process the world through stories. He refutes the notion that the brain is a logic processor, instead arguing that the organ is a “story-maker” that weaves bias and prejudice into decision-making.

In a recent Bloomberg article, columnist Barry Ritholtz expands on the idea, arguing that the human penchant for rationalization is underscored when investors discuss their portfolios and the reasoning behind them. What we learn from Storr’s books, he says, is that humans create narratives to help make sense of the world. Many of the “models” are flat out wrong, says Ritholtz, but notes that as our species evolved we found out that our assumptions “don’t’ have to be perfect; they need only be good enough to allow us to find food and water, avoid becoming someone else’s lunch, locate shelter, and generally survive long enough to procreate and perpetuate the species.” However, Ritholtz points out, that “isn’t good enough for deciding where and how to risk money in the capital markets.”

The storytelling brain confounds the logical brain, particularly when dollar signs are in the mix. Richard Thaler, widely known as the “father of behavioral finance”, characterizing the two sides of our thought process as Econs and Humans; the Econs are emotionless creatures that solve every problem with logic and mathematical formulas and only make decisions that are best for them, while Humans resort only to immediately available information and are therefore more prone to emotional reaction and inconsistency. Thaler asserts that mathematical models and economic theory assume rational behavior, but that actual human behavior is quite different and more complicated.

When emotion bleeds into the decision-making process, investors use information that is immediately available to create stories that will support their decision. When a family member shares a “tip” about a stock that’s going to take off, for example, or you hear from a friend that his cousin the broker feels good about Company X, the storytelling brain will kick into high gear. But this, according to the late Benjamin Graham, another investment-world patriarch (and Warren Buffett’s mentor) is synonymous with speculation, not investing. To Graham, author of the stock market tome The Intelligent Investor, investing requires extensive study and research—behavior more akin to the Econ and less so to the Human. Graham considered the future “more as a hazard to be guarded against than as a source of profit through prophecy,” and was a staunch advocate of focusing on business fundamentals to determine whether a stock represents a good investment opportunity. He wrote:

Thus, the investor who permits himself to be stampeded or unduly worried by unjustified market declines in his holdings is perversely transforming his basic advantage into a basic disadvantage. That man would be better off if his stocks had no market quotation at all, for he would then be spared the mental anguish caused him by other persons’ mistakes of judgement.

Jason Zweig, the “Intelligent Investor” columnist for The Wall Street Journal, offered the following footnote to the aforementioned paragraph in Graham’s book: “You cannot read these words too often; they are like Kryptonite for bear markets. If you keep them close at hand…you will survive whatever the markets throw at you.”

Graham is one of the market legends that inspired the stock screening models I created for Validea. As I pointed out in my book The Guru Investor, “Benjamin Graham was Warren Buffett before Warren Buffett.” Just as Buffett is celebrated as one of the most successful investors of all time, Graham (born more than a century ago) was considered the best of his time, and presented a common sense, straightforward approach that resonated with both everyday investors and investment professionals. Buffett has called The Intelligent Investor “by far the best book on investing ever written.”

A value-centric, company-focused approach to investing was first popularized by Graham, which earned him the nickname of “The Father of Value Investing.” He is also considered the founder of the entire field of security analysis (co-authored the book Security Analysis with David Dodd in 1934, which remains something of a bible for stock analysts). Graham’s investment style was also subscribed to by investing greats other than Warren Buffett. John Neff (a guru who inspired another of my stock screening models), Mario Gabelli and John Templeton are among Graham’s other followers.

In his book, Graham discussed two different general types of investors—the defensive investor and the enterprising investor—but his conservative approach put him in the former category. He believed that one of the defensive investors’ primary goals was to avoid loss of capital and, therefore, to buy stocks with a high margin of safety, meaning their price was low relative to the real value of their business. He found such a margin of safety by gauging a company’s fundamentals and comparing them to share price. Here are some of the metrics Graham focused on (which are incorporated in our Graham-based model):

Sales must be greater than or equal to $340 million. Graham wanted to avoid the risk of investing in ultra-small cap companies, so the $340 million minimum helps filter out any micro-cap names.

Long-Term EPS Growth: A company’s earnings had to have grown by at least 30% over the past 10 years, with no negative EPS years within the last five years. To determine the growth rate, Graham suggested averaging the first three years of earnings growth and then comparing that to the average EPS growth over the most recent three years.

Price-Earnings Ratio: P/E should be less than or equal to 15. In Graham’s world, finding stocks with a multiple of 15 or less did two things: First, it helped uncover value; second, it kept investors out of stocks with high multiples, which he viewed as more speculative stocks. The other unique aspect to Graham’s P/E assessment is that instead of using trailing 12 months of earnings in the denominator, he would use the average of the last three years’ worth of earnings. This time frame, he argued, provided a more conservative view of a firm’s earnings power.

Price-Book Ratio: This ratio, which divides share price by the difference between total tangible assets and liabilities, was analyzed in conjunction with the P/E ratio. Graham looked for companies whose P/E ratio multiplied by it P/B ratio was less than or equal to 22. This is a tough measure to pass because it requires both the P/E and P/B to be low.

Twain’s advice is particularly germane in the investment decision-making  process. By using a more Graham-centric, fundamentals-based approach to evaluating stocks, investors can avoid feeding narratives that may not be in their best interests.