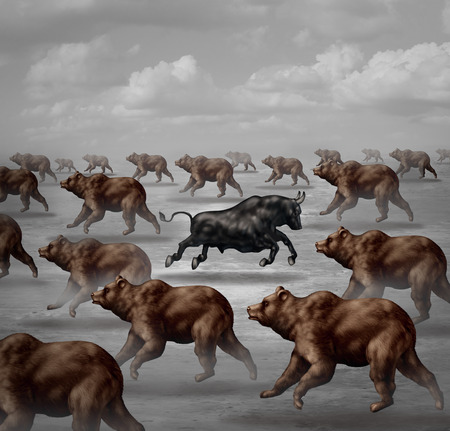 The Shiller P/E (CAPE) Ratio has become one of the most widely followed market valuation metrics.  It became popular during the Technology bubble in the late 90s because it provided a unique perspective on how overvalued stocks had become during that high flying period.

The Shiller P/E has been popularized by Robert Shiller, a Yale University Professor of Economics and Noble Prize winner. Shiller is the author of a number of top selling books, including “Irrational Exuberance.” The Shiller P/E is also often referred to as the CAPE ratio, or the Cyclically Adjusted P/E.

The calculation of the Shiller P/E is very simple. It just takes the current price of an index (most commonly the S&P 500 for US stocks) and divides it by average earnings over the past 10 years. Using ten years of earnings has the advantage of looking at a smoother stream of results over a full economic cycle. So if the economy is currently in a period of boom or recession, those more extreme values don’t provide a false signal that the market is over or undervalued.

The Shiller P/E has been widely discussed recently because its value has become very elevated. As you can see from the chart below, its current value of 29.9 is now approaching to its second highest value ever, only exceeded in the dot-com bubble.

Where the Shiller P/E Can be Valuable

The main conclusion that can be drawn from the current elevated Shiller P/E ratio is that we can expect lower than average returns on US stocks in the next decade. Research Affiliates has a great interactive tool on their website where they look at projected returns for a variety of asset classes based on current valuations. Using the current S&P 500 Shiller P/E ratio, it projects a nominal return of 2.6% over the next decade. That is well below the average historical market return.

And the future return case for US Bonds is even worse. The Research Affiliates tool projects a 1.6% return for long-term US treasuries over the next ten years. So anyone who is planning toward a future goal and is investing in US stocks and bonds should understand that the odds they will experience much lower than average returns for the next 10 years are very high. For example, a retiree who has been using the standard 4% rule and spending 4% of their portfolio value each year has a very good chance that portfolio will not produce a sufficient return to meet their obligations and may not to either cut expenses or find a way to boost income.

In addition to planning, the Shiller P/E can be useful in asset allocation. Despite the bleak picture it paints for both US equities and bonds at the current time, there are some bright spots in other areas. For example, the Research Affiliates tool projects an 8.7% annual return over the next decade in Emerging Markets, which are much less expensive than the US, and a 6.9% return in developed foreign markets. So if you have home country bias in your portfolio and have the vast majority of your assets in the US, now could be a great time to look at allocating more of your portfolio to foreign stocks, where valuations are lower and future return expectations are higher.

Where the Shiller P/E is Often Misused

Despite its value in projecting future returns over long periods of time, the Shiller P/E is often misused when applied to any periods other than very long ones. Market pundits have been in the media regularly in recent months talking about the elevated Shiller P/E as an indication that investors should sell their stocks, but the data in no way supports that conclusion. In reality, the Shiller P/E has almost no predictive value in determining where the market will go in the next year or other shorter term periods. 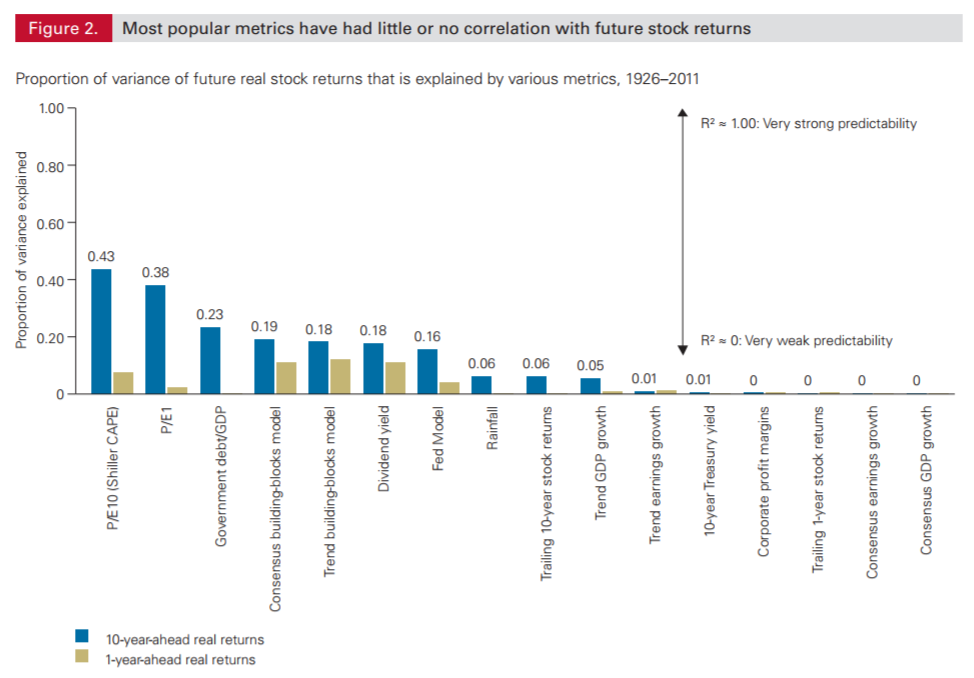 As you can see in the chart, the Shiller P/E was the best variable for predicting ten year returns, with a value of 0.43. But for one year returns, its value was less than .1, indicating almost no predictive value.

So when you hear market pundits telling you that you should sell stocks based on the current elevated Shiller P/E, you should understand that opinion is not supported by the data and research.

But if valuations are so elevated and ten year return projections are so low, why would you not just sell?

The answer lies in the variability of returns. The fact that ten year returns are likely to be low doesn’t tell you anything about how we will get there. To illustrate this, take a look at the following 3 ten-year return streams. 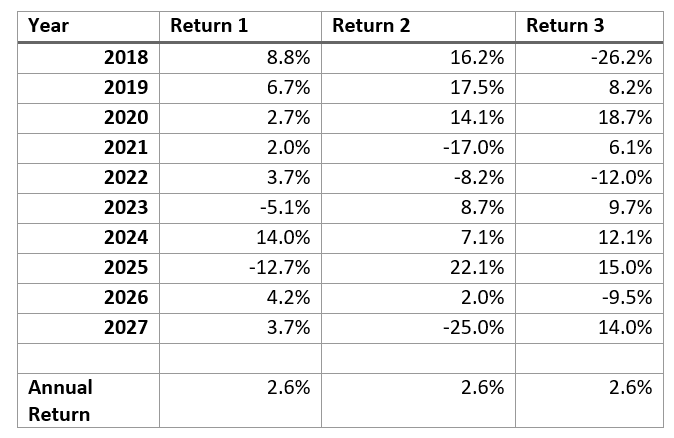 All three of these result in the 2.6% return projected based on the current Shiller P/E, but they get there in very different ways.

If you were to look at the high current Shiller P/E and just liquidate your US stocks, you would regret that decision if the first example played out, and would regret it even more if the second did. And if you are a money manager and put your clients in cash based on high market valuation, you may not have any clients left by the time we got to the point where returns fell.  This is because most investors judge returns over much shorter periods that 10 years. So as a money manager, if you are wrong for 3 years, you aren’t likely to be managing money long enough to show that you will be right after 10.

One thing that all market data has in common is that it is only useful if you understand the context in which it provides value. The Shiller P/E is no exception to that. If you are looking to plan for the future and want to have an idea what long-term returns may look like, it can be very valuable. It can also be very useful for long-term allocation among asset classes and among countries. It is not valuable, however, when it comes to predicting shorter term market movements. If you see it used for that purpose, you should be very skeptical of any conclusions that are reached.

We hope you enjoy this series and find it helpful in your investing. If you would like a notification when new posts are released, you can follow me on twitter at @practicalquant.