An article in Bloomberg explains why investors are “staying on the sidelines despite the plunge in Philippine stocks.”

Between last December and this past October, the article reports, the Philippine Stock Exchange plunged 17 percent, “becoming the world’s biggest losing equity market and taking its valuation to 15 times estimated earnings for the next year, below its five-year average.” And the recent sell-off from emerging markets and trade tensions between the U.S. and China are both adding concern, the article reports. 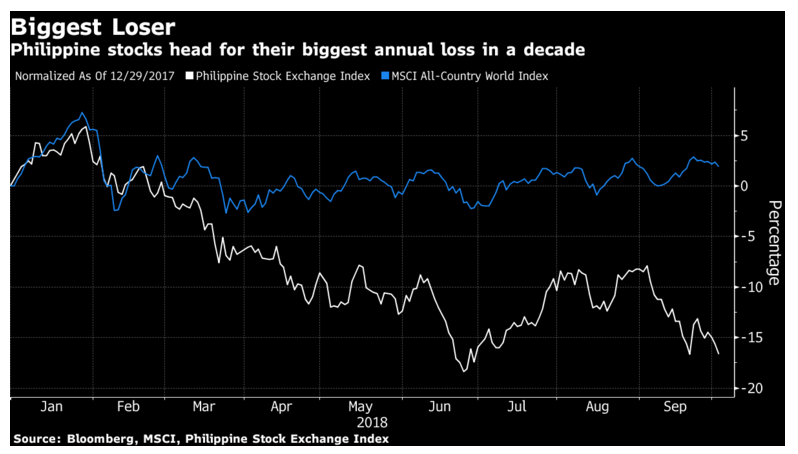 Padilla contends that Philippine stocks could fall below 7,000 in the near term, the article says, and could go as low as 6,600. “You can get a better return with your cash in time deposit now rather than exposing it to equities,” he says, “where at best you get a flat return but run the risk of losing part of your money if you buy the wrong name.”

Steven Ko of Rizal Commercial Banking Corp. believes that while the Philippine benchmark index could drop to 6,900, there’s also a chance it could rise to 8,000 this year if sentiment improves. “We are still holding on to our cash,” he says, “but we are selectively buying some of the oversold names that are already worth looking into.”