Research shows that trading strategies built around tweets in the days preceding Fed meetings have been profitable, writes Steve Russolillo in this week’s The Wall Street Journal.

As the use of quantitative investment strategies continues to rise, social-media platforms such as Twitter have become popular sources of intel to gauge investor sentiment, says Russolillo, referring to the frequency and impact of the president elect’s tweets since the election. A study conducted by Andrew Lo, a finance professor at MIT’s Sloan School of Management, and Ph.D. student Pablo Azar analyzed 3.9 million Fed-related tweets from 2007 through 2014 and assigned scores based on the apparent sentiment of the tweets. According to the WSJ article, they found that the “effect of Twitter sentiment on returns was visible on Fed days, though virtually nonexistent any other time.”

The results join other research around pre-FOMC stock market activity. Studies by Fed economists have found that stocks tend to rally immediately before the central bank’s meeting days. From 1994 through 2011, writes Russolillo, “they found the S&P 500 returned 3.9% annually during the 24-hour periods ahead of Fed announcements compared with only 0.9% on all other days.”

Russolillo writes, “Perhaps the adage rings true not more than ever: Don’t fight the Fed.” 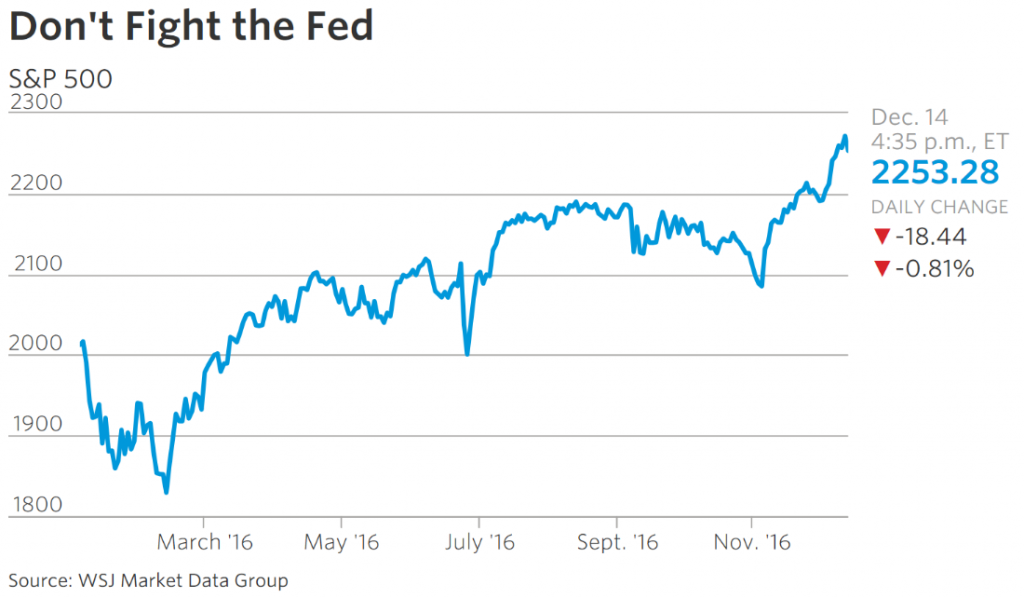