A recent Bloomberg article reports that U.S. companies will need to refinance an estimated $4 trillion in bonds over the next five years (according to Wells Fargo Securities), a concern for investors due to the rising rate environment.

“Corporate America,” it says, “partied like never before on cheap money over the past decade, and now comes the hangover,” the article states. Rising rates means that debt service costs will rise which “could push balance sheets toward a tipping point. And, on top of that, many see the economy slowing down at the same time the rollovers are peaking.” 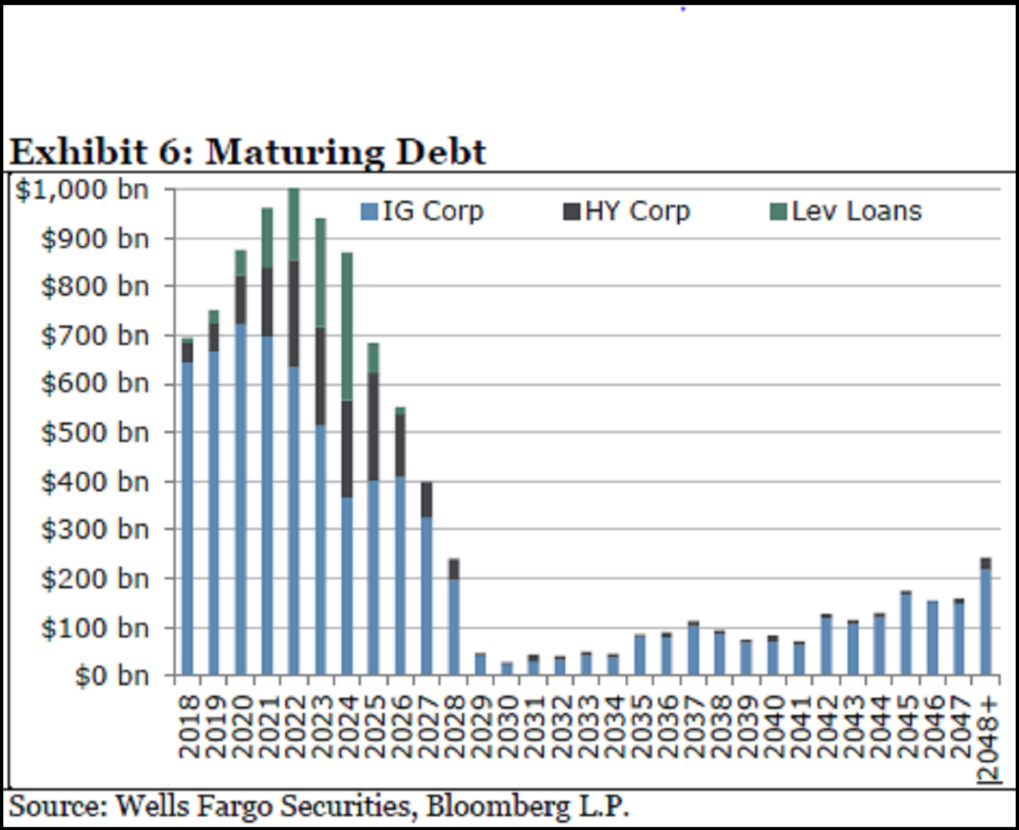 The article reports that approximately $3 trillion of the debt is rated investment grade (BBB and above) and mostly in the “lowest rungs above high-yield junk” with the rest being high-yield corporate debt and leveraged loans. According to New York-based research firm CreditSights Inc., the high-grade bond market in the U.S. has the lowest credit-quality mix since the 1980s.

It’s not only the wave of refinancing that’s causing concern, the article concludes, but also the macro economic outlook. “Periods of tighter credit conditions and higher borrowing costs tend to precede economic hard landings, which happened in the late 1990s and the mid-2000s,” according to George Bory, head of credit strategy at Wells Fargo Securities. Economists polled by Bloomberg expect U.S. growth to begin to slow over the next two years, the article states.

The Three Levels of Conviction

The Case for Long-Term Value Investing with Jim...