A recent Bloomberg article reports that an economic contraction could be coming as soon as next year, citing the Fed, the flattening yield curve, corporate leverage and tariffs as contributing factors.

“Other than in the most abstract way, there aren’t a lot of people talking about a coming U.S. recession,” the article states. But the fact that policy makers are raising rates and are reducing the central bank’s balance sheets reflects a more aggressive stance. The flattening of the yield curve is worrisome, it adds, and it doesn’t have to necessarily fully invert to signal a recession—citing the “extra supply of bonds and other upward pressures on longer rates even as the Fed hikes,” as a buoy to long-term yields. 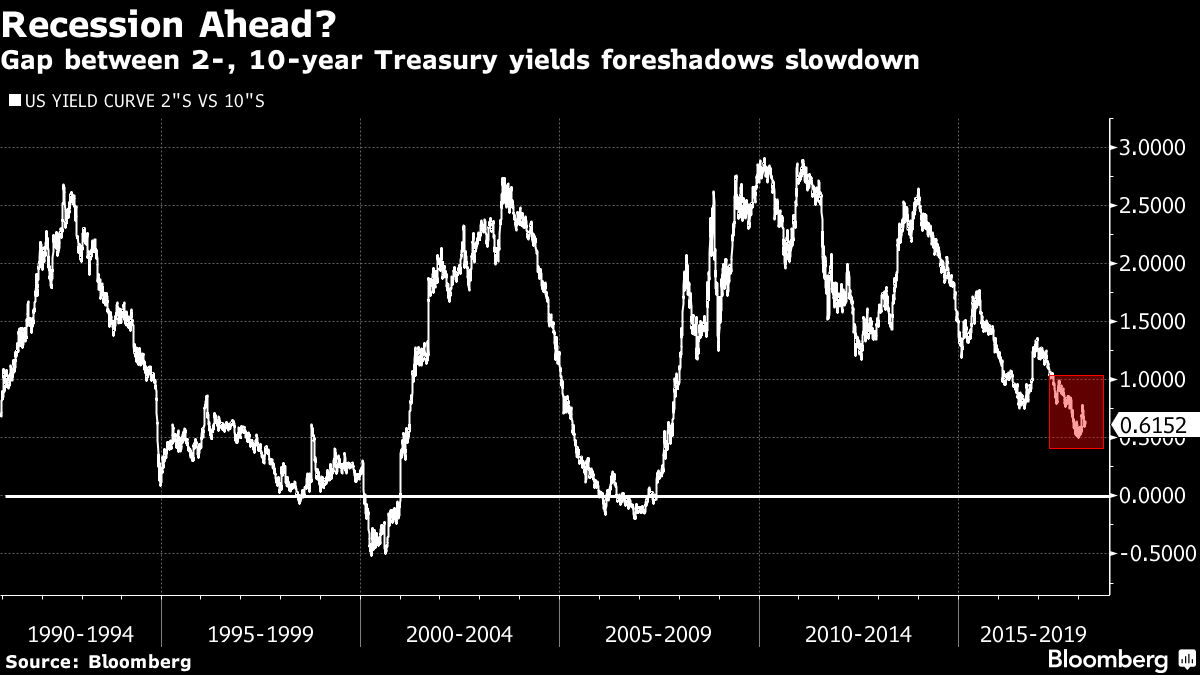 Corporate debt, which the article reports at a “record 45.3 percent of GDP,” means companies will face heavy refinancing needs at higher rates over the next few years. Further upward pressure will be exerted on rates, it says, since money saved from lower corporate taxes and repatriated cash will be used for share buybacks and M&A activity, not debt reduction. In addition, tariffs can “raise prices inefficiently, thus giving an upward tilt to inflation that is not based on demand,” another factor pointing to upward yield pressure for “reasons unrelated to actual growth or demand-based inflation.”

Everyone Is Overlooking Positive Fundamentals

Show Us Your Portfolio: Rick Ferri