The post-election market rally coupled with the strength of the U.S. dollar has increased the share of U.S. stocks as a percentage of the global economy, according to this week’s Wall Street Journal.

FactSet data reflect the market capitalization of U.S. stocks at approximately $25 trillion last Friday, a figure that represents 40% of the value of global equities, the article says—the highest level since 2006.

“Investors and traders have largely interpreted the president-elect’s policy priorities as likely to benefit U.S. businesses,” the article states, “particularly his plans to cut corporate taxes and increase fiscal stimulus. Also, bets on higher economic growth and interest rates have strengthened the dollar.”

While U.S. stock values have been rising as a share of the global market cap for years, notwithstanding competition from the Chinese market. “Such metrics can vary by information provider,” says WSJ, “but a handful of data sets show a similar trend.” 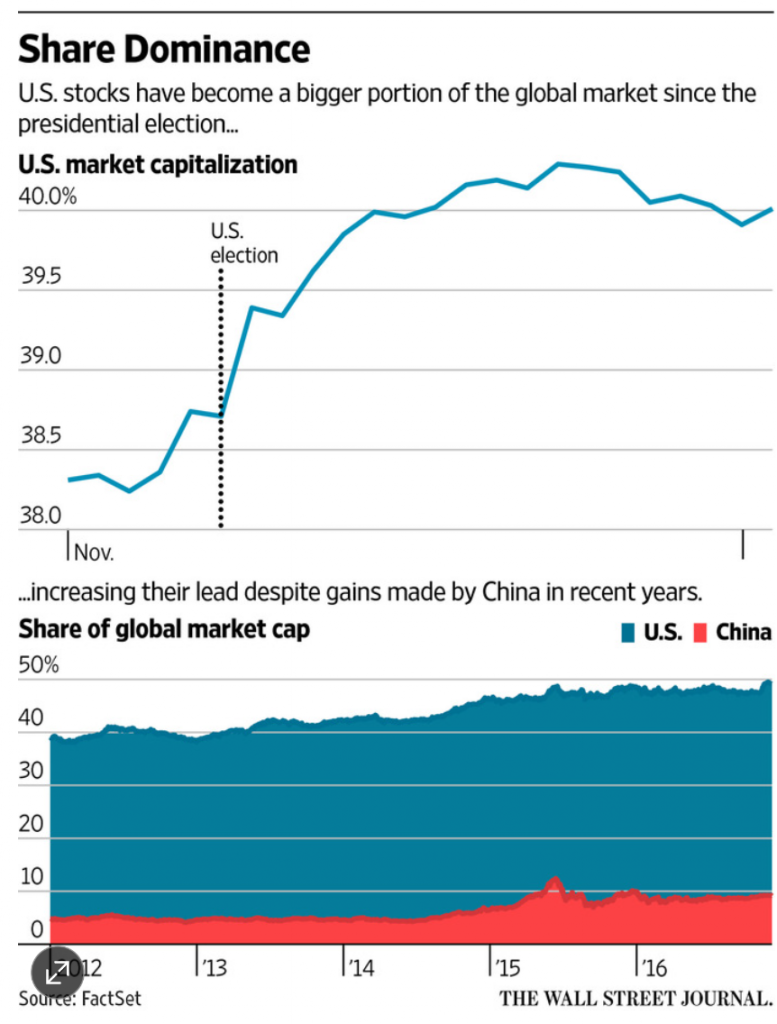 The Importance of Flows

Why The Yield Curve Matters

Emerging Markets Are The Place to Be

A Bull Market In Macro Doom