As investors are drawn to defensive investments, value stocks may make a comeback beginning this year, says one portfolio manager at Perkins Investment Management in Chicago. This according to a recent article in MarketWatch. 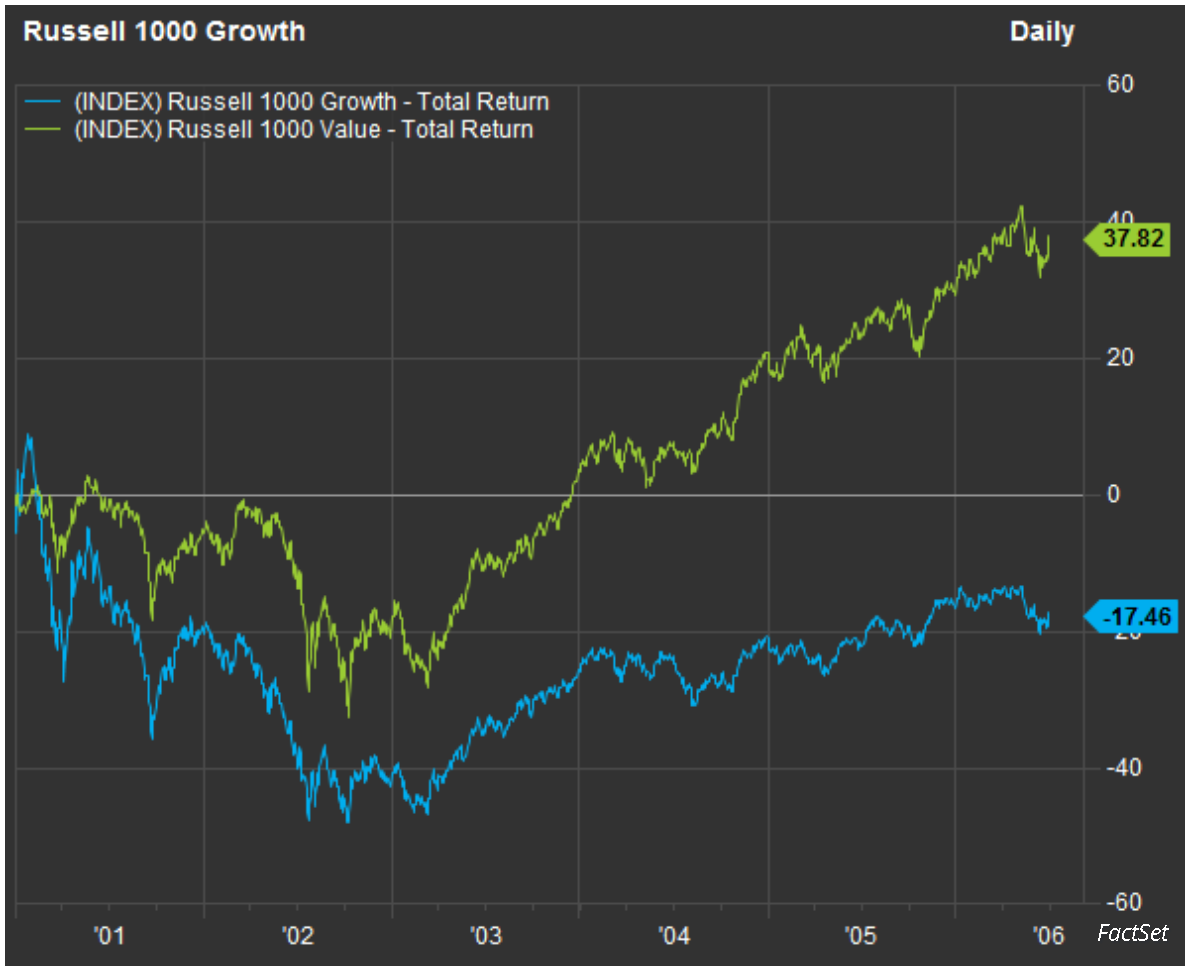 The manager, Justin Tugman, says that a combination of higher interest rates and faster inflation bodes well for value strategies, and a potential trade war would “only add fuel to the fire.” While growth has been the better strategy in the bull market, Tugman says the stage is set for a reversal because central bankers are moving to a “more normalized environment” of higher interest rates.

Relative performance of the Russell 1000 Growth and Value indexes (above) shows that, while value “did its job as a defensive play during the last cycle of rising interest rates,” today’s inflationary pressure spurred by rising rates could force the Fed to be more aggressive, the article says. Tugman added that, while it’s too early to know how far the “trade-war saber-rattling” will go between President Trump and China, that “if you fear a trade war, you also fear inflation.”