Nir Kaissar, founder of  Unison Advisors and columnist for Bloomberg Gadfly, asks the question — does the “value premium” still exist today given the bout of value stock underperformance vs. growth stocks.

As Kaissar points out, by the mid-90s, research had emerged, driven by studies from the likes of Eugene Fama and Ken French, that value stocks trumped growth by a wide margin over the long term. The data was compelling, showing that “the cheapest 30 percent of U.S. stocks by price-to-book had returned 13.7 percent annually to investors from July 1926 to December 1995, whereas the most expensive 30 percent of U.S. stocks had returned 9.6 percent over the same period. You would have also seen that the cheapest stocks had beaten the most expensive stocks 91 percent of the time over rolling ten-year periods.” However, in the late 90s the trend of value stock outperformance flipped and investors saw growth stocks beat value stocks for four years in a row from 1996-1999. During this period, the spread in earnings yield between value and growth climbed to 3 percent, indicating that investors were largely favoring growth over value. Then in 2000, the trend reversed, and as Kaissar writes the “S&P 500 Value beat S&P 500 Growth for seven consecutive years (from 2000 to 2006)”. Value’s strong relative performance during that period made the earnings yield spread a mere 0.3 percent by the end of 2006. Starting in 2007, the pattern reversed yet again, with growth stocks outdoing value in seven of the nine years since then. The spread in earnings yield now stands at 2.1 percent, reports Kaissar.

Kaissar doesn’t make a prediction on whether or not the current trend of growth over value will reverse itself any time soon, but he does conclude that the value premium will always exist, particularly in areas of the market that investors are most negative one (i.e. energy and emerging markets). 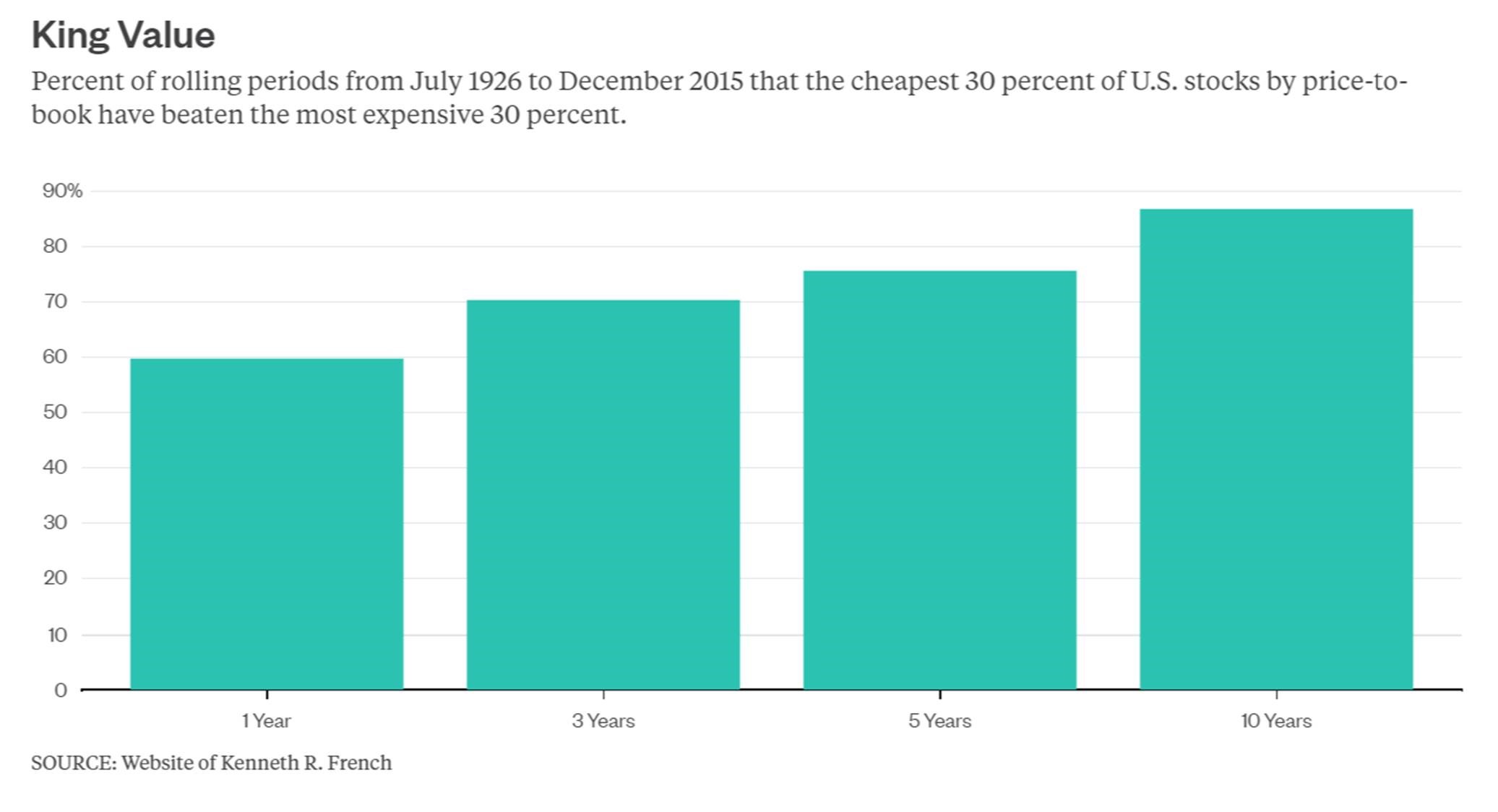