Warren Buffett bent his “no tech” rule with major investments in both IBM and Apple, and made recent headlines by significantly increasing his stake in the latter to the tune of 57.36 million shares, nearly quadrupling the amount held on September 30th of last year. This according to Validea CEO John Reese in last month’s Forbes.

And while Buffett’s first tenet of investing is “never lose money”, his company Berkshire Hathaway often does just that, writes Reese. In June of 2011, IBM share traded at $174 per share, but had fallen to $137 per share by September of 2015. When Berkshire took a large bite of Apple last year and then nearly quadrupled the stake within a few months, says Reese, the investment world’s head-scratching continued. Both companies, he writes, are “leaders in their sectors, but many believe their best days are behind them. The world is moving to cloud computing, and people can only own so many personal computing devices.”

Last year on CNBC Buffett admitted, “We’ve owned stocks that we’ve lost money in.” But his view of stock ownership, writes Reese, is the same as his view of company ownership. In his 2011 letter to Berkshire shareholders, Buffett said IBM would deliver “billions of dollars in dividends and repurchases.” Similarly, Apple’s share count has fallen over the past five years and it pays out more than a quarter of its earnings to shareholders.

See if you stock meets the criteria used in Validea’s Warren Buffett-based model. The table below shows the factors used in the model. Try it today. 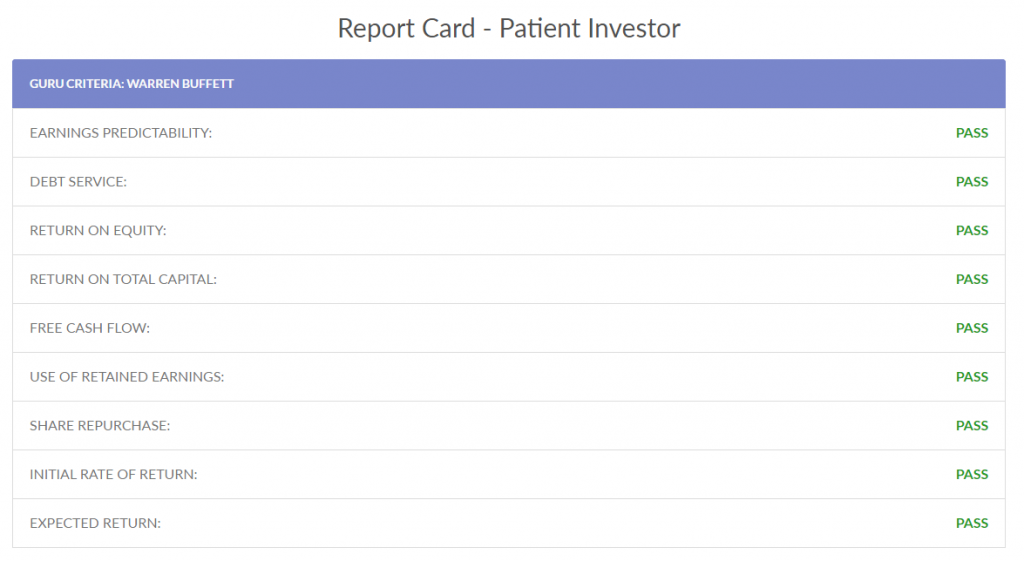