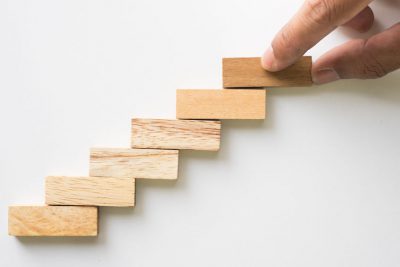 I have a friend who is an infrequent gambler and won money almost every time he went to the casino. He did it by exclusively playing the slot machines. His approach involved sizing up the room and using his gut feeling to determine which machine to play. He used a similar approach to determine how much to bet. When that gut feeling approach said one machine was no longer likely to work, he would find a different one and move to it. Over a sample size of about ten trips to the casino, this approach was very successful. This led to a high level of confidence in his mind that his success was a function of innate skill he had that led him to succeed when the other gamblers around him were failing.

Despite my friend’s demonstrated success, there is a major problem with his process. The problem is that it has no chance to work long-term. He is betting against the house, and we all know the house always wins. He is playing a game that from a statistical perspective he is guaranteed to lose. The only way he could overcome those long odds is if he had a repeatable skill that shifted the odds in his favor. His gut feeling about which machine might pay out certainly doesn’t meet that test. His success is the result of nothing other than luck. He has no repeatable process.

The Oakland A’s of the early 2000s are an example of the opposite of that. In baseball, the money you spend on your payroll is a significant factor in your success. That was an impediment to the A’s in that period because they didn’t have the money to compete with the big market teams. To find a way to consistently succeed, they needed an edge. To obtain that edge, they knew they had to do something different than everyone else. So they came up with a system to look at players in an unconventional way. Instead of relying on things like home runs and RBIs, they looked at less used metrics like On Base Percentage. They found the metrics they used were more correlated with future performance than those used by other teams.

They had found a process they thought would work.

But it didn’t work right away. It took time to acquire players using this new approach and to build a team. While that was occurring, the results they expected didn’t happen.

What does all of this have to do with investing? A lot. My friend who gambles had good outcomes across a small sample size, but he did not have a process that was likely to work long-term. The A’s didn’t get immediate results, but they had a process that made sense and gave them an edge. Despite the fact that my friend had better immediate results, the A’s were much more likely to be successful long-term.

One of the biggest mistakes investors make is valuing outcome over process, particularly giving significant weight to outcomes over short periods of time. When an investment manager does well over one, three, or five-year periods, investors flock to them and their assets under management rise. Most investors don’t take the time to understand why managers achieved those results and whether that can be repeated in the future. Jim O’Shaughnessy of O’Shaughnessy Asset Management recently posted on Twitter about this and said it better than I can even though he’s limited to 280 characters.

Noise refers to data that is not predictive of the future. Signal refers to data that is. What O’Shaughnessy is saying is that performance over periods less than five years tells you very little about whether an investment strategy is going to work going forward. As performance periods get longer, the predictive power rises and the weight you can give to the outcome relative to the process rises as well, but process is always key regardless of time frame.

Once you accept the importance of process in investing, the next logical question becomes how to identify a good process.

A good process should have a few important characteristics in my opinion.

Most investment processes don’t meet all these standards. Even the ones that do will test the patience of investors over long periods of time.

The Oakland A’s went on to make the playoffs in 2002 and 2003, despite having one of the lower payrolls in baseball. My friend’s luck at the casino eventually ran out. The reason is that one had a sensible, proven process and the other did not. Investors would be wise to incorporate that lesson into their investment approaches.