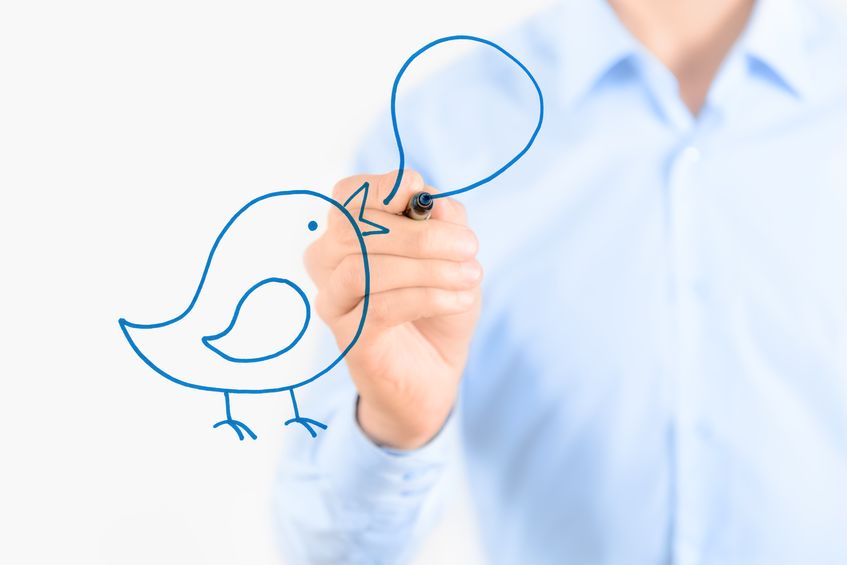 I am not a big user of social media. I have had a Facebook account for a long time, but I almost never use it. I have never used Instagram. And don’t really even understand the concept behind SnapChat.

None of this is meant to knock social media. It has changed the world, and in many ways for the better. It just isn’t for me.

But all of that changed a year ago when I joined Twitter. Twitter is different than every other social media platform. Instead of being focused on keeping you updated on what people you know are doing, it is instead focused on spreading knowledge. Instead of giving me updates on what someone I barely knew in High School’s cat is up to, Twitter (and particularly Finance Twitter or what is known in the Twitter world as #FinTwit) offers mostly factual information that is being created and curated by the Twitter community. And it also offers some of the most knowledgeable and successful people in the investment community to serve as a filtering mechanism and emphasize the important information, while weeding out the bad.

If you have something to sell or you want to tout your investment returns, Twitter is not the place for you because you will quickly be dismissed by an army of some of the smartest people in Finance. But if you want to learn about markets and investing, there is no better place.

I have seen many benefits from being on Twitter, but a few stand out for me that I think would benefit any investor who uses the platform.

You Will Get Way More Than You Give

If you want to get direct access to the opinions of a billionaire hedge fund manager like Cliff Asness, you are not likely to be able to get it under normal circumstances. If you have a question about quantitative investing and want to ask a pioneer in the area like Jim O’Shaughnessy, it would typically be difficult to get in touch with him. Twitter changes all of that. Both of them (as well as many of the smartest people if Finance) are on Twitter regularly and more than happy to respond to questions and engage in discussions about Finance related topics. Since I joined Twitter a year ago, I have been able to interact with Jim O’Shaughnessy, Ray Dalio and a bunch of other people that I look up to. I have even been retweeted by “The Mooch”. None of that would ever be possible without Twitter. And you don’t have to ever Tweet if you don’t want to, so you can sit there and soak in the knowledge without ever typing one sentence.

It’s the Most Unbiased Source for Investing Information

The news used to be, well, the news. Today the news is more about opinion and interpretation than it is about facts. Twitter is the opposite of that. That isn’t to say that Twitter isn’t full of opinions and doesn’t have people who are biased. It has plenty of them. The difference, though, is that anything that is posted to Twitter is quickly evaluated and filtered by those who use it. If someone posts something that is untrue or biased, it will very quickly get challenged. If someone shares something innovative or informative, the Twitter community does the job of spreading the word.

It Will Help With Your Confirmation Bias

If you are a value investor, you are likely surrounded by other value investors. That means that you typically hear confirmation of your core belief that value stocks are about to bounce back any day now. That may well happen, but value investors have been calling for that to happen for years now. Just like any debate, there is another side to this one. Much of the outperformance of growth stocks over the past decade has been driven by fundamentals. Also, some argue that the world is different now and the cycles of underperformance of value will be longer than they have been historically. You won’t see that information if you just associate yourself with other value investors. Twitter is great place to see informed opinions that conflict with your own. I have learned the most from following people I don’t agree with. Sometimes they change my opinion. Sometimes they don’t, but either way, I benefit from taking a step back and questioning what I believe.

I have seen many instances of both business relationships and friendships starting on Twitter. It may seem impossible that someone you look up to and respect in the investing world would take the time to meet you for coffee or a drink, but in many cases, they will. And there have been some great events like the March for the Fallen that is organized every year by Alpha Arhitect that have allowed the FinTwit community to come together to do good. If you make positive contributions to the Twitter community and interact on the platform, you may be surprised what will come of it.

If you want to get started, here are some of my favorite follows.

Josh Brown (@reformedbroker) – Two of the most important things you can do in investing are to speak the truth and to be willing to change your mind. Josh does both and gives balanced, informed opinions on a variety of investing topics.

Patrick O’Shaughnessy (@patrick_oshag) – As anyone who listens to his podcast already knows, Patrick is deeply knowledgeable about pretty much all aspects of investing. But despite that, his focus is always on what he doesn’t know. That makes following him a great learning experience.

Ben Hunt (@epsilontheory) – I talked before about how you learn the most from people who look at things differently than you do. Ben is a great next level thinker who challenges conventional wisdom on a variety of topics.

Morgan Housel (@morganhousel) and Nick Maggiulli (@dollarsanddata) – Many people think writing complex articles about complex topics is the most difficult type of writing. That isn’t true, though. The most difficult thing to do in writing is to take complex topics and make them simple. Morgan and Nick both do that and are the two best financial writers out there in my opinion.

Jim O’Shaughnessy (@jposhaughnessy) – Come for the highest-level gif work currently occurring on Twitter. Stay for posts like this and an ability to put what is going on in the market in a long-term context that only someone who has studied it as much as Jim could provide.

Michael Batnick (@michaelbatnick) – There are so many things people believe in investing that just aren’t true. Michael takes an evidence-based approach to look at the market and get to the truth.