In a recent Bloomberg column, Barry Ritholtz shares insights on what he characterizes as the distinct differences between bear market recoveries and bull markets, arguing that while March 9, 2009 was a bear market bottom, “we only know that with the benefit of hindsight.”

Looking at the “spectacular gains” the market has seen since 2009, Ritholtz argues, “creates a very misleading picture. It ignores the collective psychology of the time—lots of investors back in March 2009 were sellers, not buyers. Indeed, that panicked selling—I surrender!—is how market bottoms get made.”

Ritholtz offers the following graph to illustrate that the gain from March 2009 to February 2013 was “simply the market climbing back from the losses:” 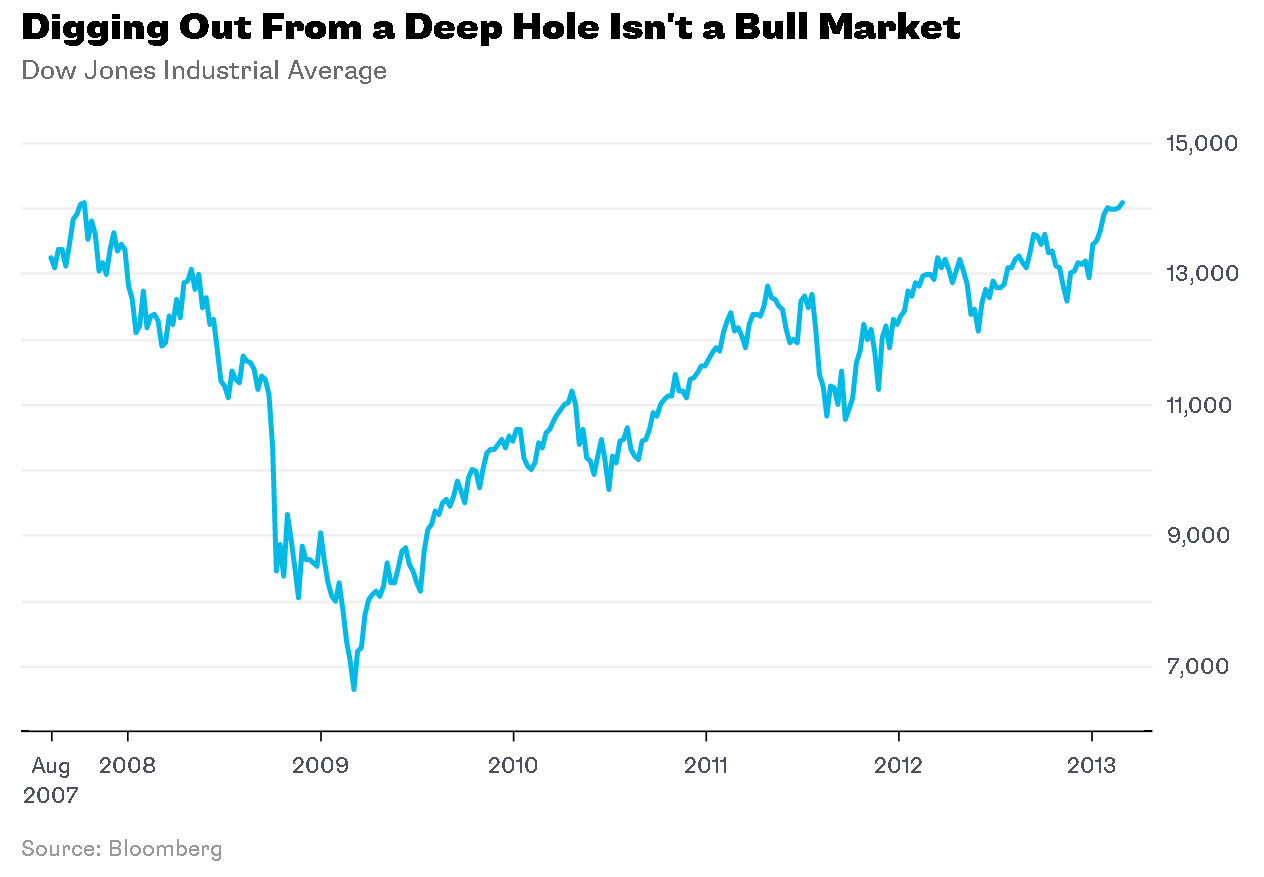 By contrast, he offers a graph illustrating the trading environment between 1966 and 1982. “That was one of the all-time classic bear markets,” writes Ritholtz, “characterized by high inflation, high unemployment, high Treasury yields and rising inflation—as well as strong rallies followed by sharp selloffs.” The graph, he explains, shows that at the time nobody knew what the market would do. 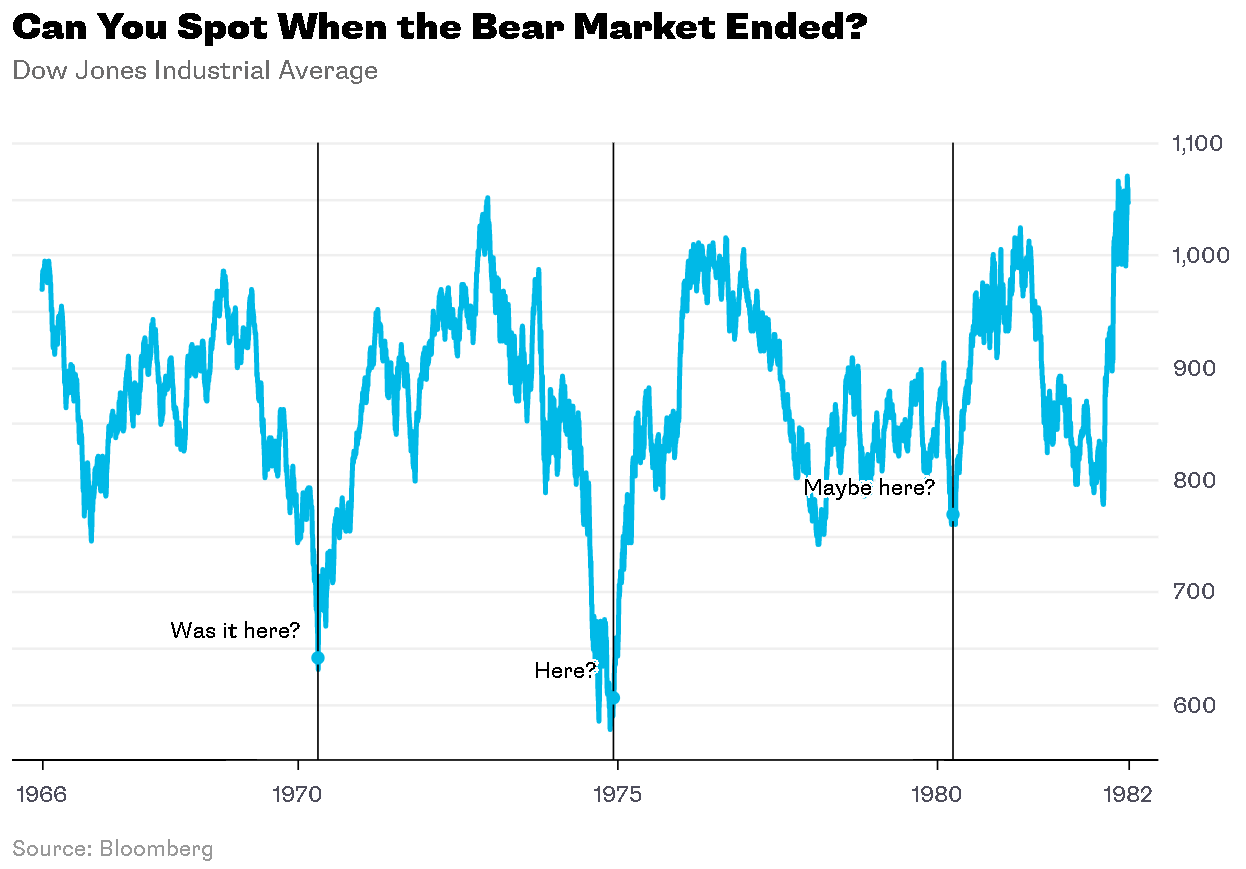 March 2009, Ritholtz asserts, could have been mistaken for December 1974, “which looked like the start of something good before sputtering out”—which is why, he adds, we should not mark the start of a bull market until new highs are ascertained.

The problem for investors, the article says, is that using the wrong starting point for a bull market can lead to costly mistakes: “Over and over I hear people declaring that the bull market is aging and risky…with investing sages telling people to sell stock and hold more cash. Instead, of course, investors who have been buyers at those supposedly unsustainable market highs have done rather well for themselves.”