According to a team at Goldman Sachs, says an article in this month’s Bloomberg, the rise of passive investing has the effect of “rewarding corporate directors more equally than the fundamental performance of their respective businesses might warrant.”

In other words, the move toward passive funds may be leading to a rise in increased correlation among share price movements which, in turn, makes it more difficult to establish to what extent returns are attributable to the fund management performance.

The report claims: “Given the significantly lower turnover of passively-managed investments and the extent to which equity prices now also move for other reasons, boards need to be able to separate ‘characteristic-driven’ or ‘flow-driven’ movements from fundamental ones in order to better evaluate underlying corporate performance.”

The article points out, however, that these concerns “could soon be rendered moot in the age of Donald Trump,” noting a decline in intra-stock correlation in recent months:

If this trend is sustained, the author argues it could “mark fertile ground for stock-picking” and assuage some of the concerns outlined in the Goldman report. 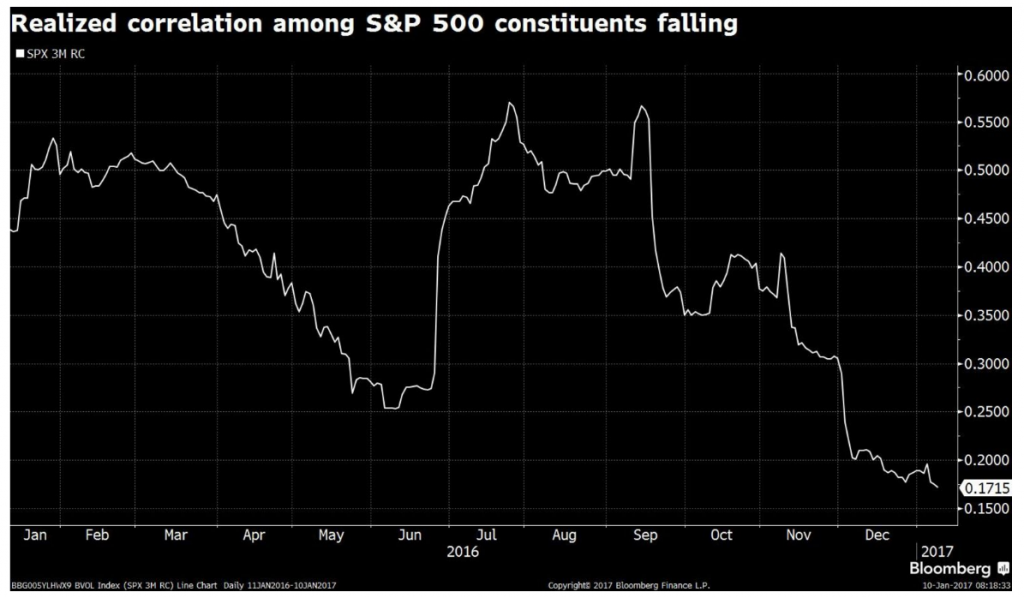