Back in 2012, when the Dow Jones Industrial Average was at 12500, Seth Masters of asset manager AllianceBernstein predicted that it would reach 20000 by the decade’s close. This according to Steven Russolillo in this month’s Wall Street Journal.

Masters, who has a history of bold forecasts over his 26 years at the firm, told Russolillo that his prediction “hit a nerve” due to the pessimistic investor climate at the time–bonds had beaten stocks over the prior decade. Masters said, “People were convinced the recovery was a mirage,” but he believed that stocks would bounce back against bonds (as he found they had done in similar situations since 1901).

The article says Masters expects strong earnings growth over the next five years as well as “improving economic growth and low equity valuations relative to bonds to underpin the equity rally.” That said, he doesn’t expect smooth sailing along the way.

“Market returns have been pretty modest and volatility has been periodically erupting,” according to Masters. “That’s probably what we’ll continue to see.” 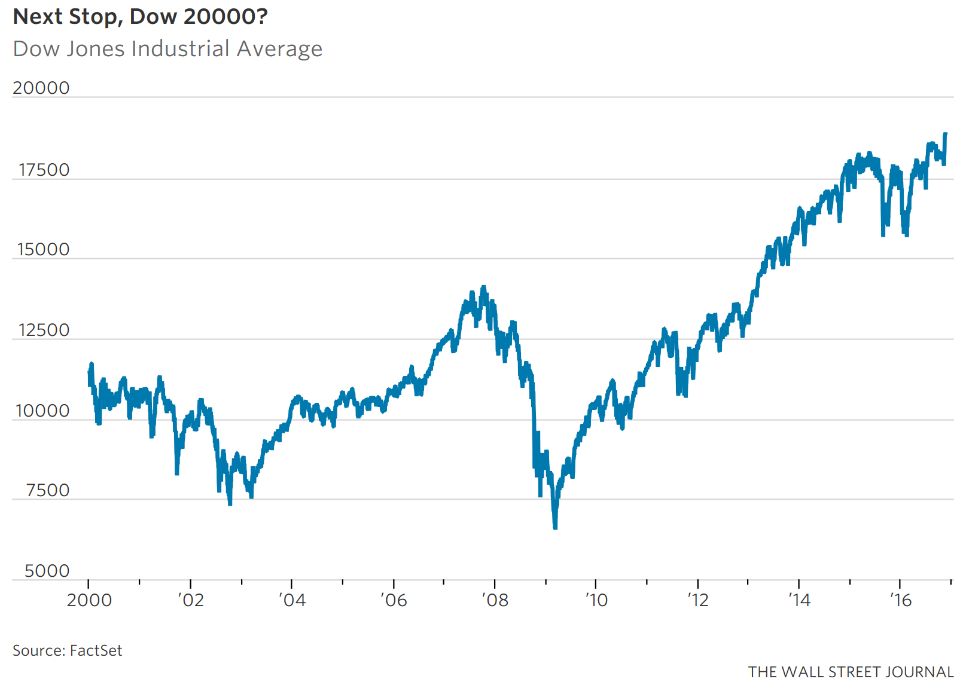 Dow Prediction is Getting Close