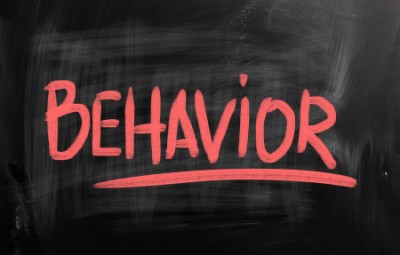 So begins the celebrated classic, A Tale of Two Cities–Charles Dickens’ novel set during the French Revolution–but this opening paragraph could just as easily lead into a stock market chronicle outlining the vagaries of business cycles, stock price volatility and investor behavior.

Which may explain why, after last week’s announcement that University of Chicago professor Richard Thaler has been awarded the Nobel Prize in economics, his friend Cass Sunstein described him as “the Charles Dickens of the economics profession,” who has “revolutionized how economists think about people.”

Thaler was awarded the prize for his contributions to the study of behavioral economics, which explores how cognitive limitations (such as irrational thought, fear, etc.) influence behavior and decisions. Thaler has delved into the consequences of these tendencies for decades, and his findings have been particularly enlightening with respect to investing and market behavior. He has challenged what was once the popular view that individuals make rational decisions that are therefore predictable and easy to model. He recently offered a synopsis of his work, “The most important lesson is that economic agents are humans and that economic models have to incorporate that.” The Nobel committee, in its announcement of the award, credited Professor Thaler with moving the behavioral field to the academic mainstream: “exploring the consequences of limited rationality, social preferences, and lack of self-control, he has shown how these human traits systematically affect individual decisions as well as market outcomes.”

The precept of limited rationality relates to how loss aversion can explain why people value the same item more highly when they own it than when they don’t (a phenomenon called the endowment effect). This has a significant impact, for example, when an investor is grappling with the decision of whether to sell or hold a stock.

In his 1999 paper The End of Behavioral Finance, Thaler coins the phrase “myopic loss aversion” as the observed tendency for investors to weigh losses more heavily than gains. Since losses generate roughly twice as much emotional pain as gains do emotional pleasure, the theory goes, we will avoid locking in those losses (i.e. selling an underperforming stock) even after we realize there are no longer strong prospects for recovery.

Whether it be on the buy or sell side, the best way to keep our natural human tendencies at bay is to use a disciplined system that makes sell decisions based on cold, hard fundamentals rather than knee-jerk reactions or “hunches.” This is what we have set out to accomplish through Validea’s model stock portfolios via our research business as well as through our investment management offerings and new robo advisory platform. Our stock screening models were inspired by some of the most successful market gurus of our time, investors who share a staunch belief in staying disciplined when it comes to investment behaviors and decisions. We also use a rebalancing system that conducts buying and selling at regular intervals (again based on fundamental metrics)—another way to guard against emotional pitfalls.

As an investor, clearly you are best served to build your portfolio with fundamentally strong stocks since they are more likely to rise over time, and you should hold onto such stocks as long as they continue to meet the criteria you used in choosing them. What matters is not whether the stock has suffered a sharp decline or has shot up—but rather where its fundamentals stand at any given moment.

So, when you are tempted to react to a dip in share price by selling and “cutting your losses,” take a moment to determine whether the stock still meets the basic criteria you used when electing to buy it. If its fundamentals are still strong, why wouldn’t it still be a good bet going forward? If not, then it might be time to replace it. But do so for the right reasons, not because your emotions get the better of you.

Here are my Four Thaler-Inspired Takeaways for Investors:

If you’re interested in listening to a great long-form interview with Prof. Thaler, we recently highlighted his June 2015 interview on Masters is Business with Barry Ritholtz. You can read our summary here and link to the actual interview here.