After a disappointing year in which its endowment fund actually lost money, Harvard University fired half of its investment staff, writes Mark Hulbert in last week’s MarketWatch. However, he argues, “it’s not that past performance doesn’t count; what’s irrelevant is performance over the recent past. Calendar-year performance, for example, tells you next to nothing about whether your manager is a good bet for future returns.

The long-term performance of Harvard’s endowment fund is strong, says Hulbert, having beaten its benchmarks by an average of 0.9 percent per year over the past ten years. Over the past 20 years, he notes, it has outperformed by 3.1 percent (annualized). He refers to findings of a 2007 study by the Brandes Institute that measures the frequency of mutual fund losses and benchmark-lagging returns. The study shows that “each and every one of the mutual funds in the top decile for 10-year performance through 2006 was nevertheless in the bottom half of the ranking in at least one 12-month period.”

Hulbert argues against ending a relationship with a fund manager based on short-term performance: “You need to give your chosen manager the benefit of the doubt even if he or she lags behind the market for a year or two along the way.” 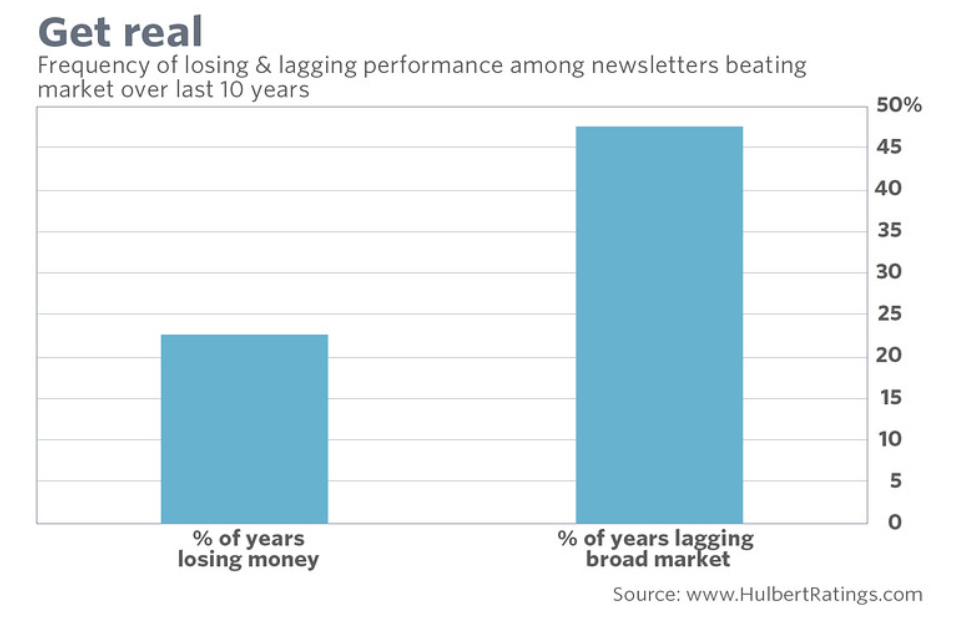