There are six strong reasons why today’s bull market is on “weak legs” according to Mark Hulbert in a MarketWatch article from earlier this month.

He offers the following chart to illustrate that the current stock market is “more overvalued than it was at 79% to 95% of bull market peaks dating back to 1900”:

Hulbert comments on current indicators including the following: 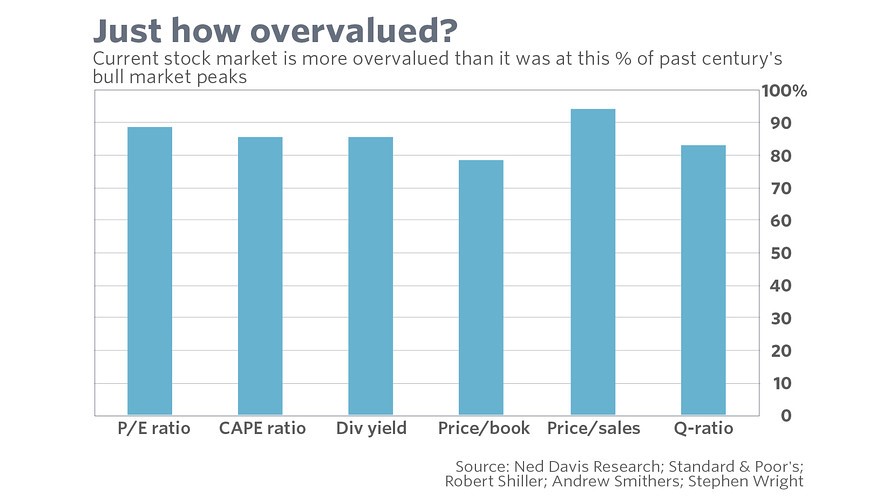