In an article for The Wall Street Journal, columnist Mark Hulbert addresses what he describes as the “urgent” question of whether value investing or dead or merely suffering from an incorrect valuation method.

Noting that value stocks—when defined by the traditional criterion of low price-to-book-value ratio—have fallen behind growth stocks for at least ten years, Hulbert cites growing concern as to whether they will come back as they have in the past. “That’s because,” he writes, “a growing percentage of companies’ market value now comes from intangible assets—things like patents, trademarks and research-and-development expenditures—that are either ignored in the book-value calculation or reflected inconsistently. Therefore, the researchers say, the price-to-book ratio has lost its relevance.” 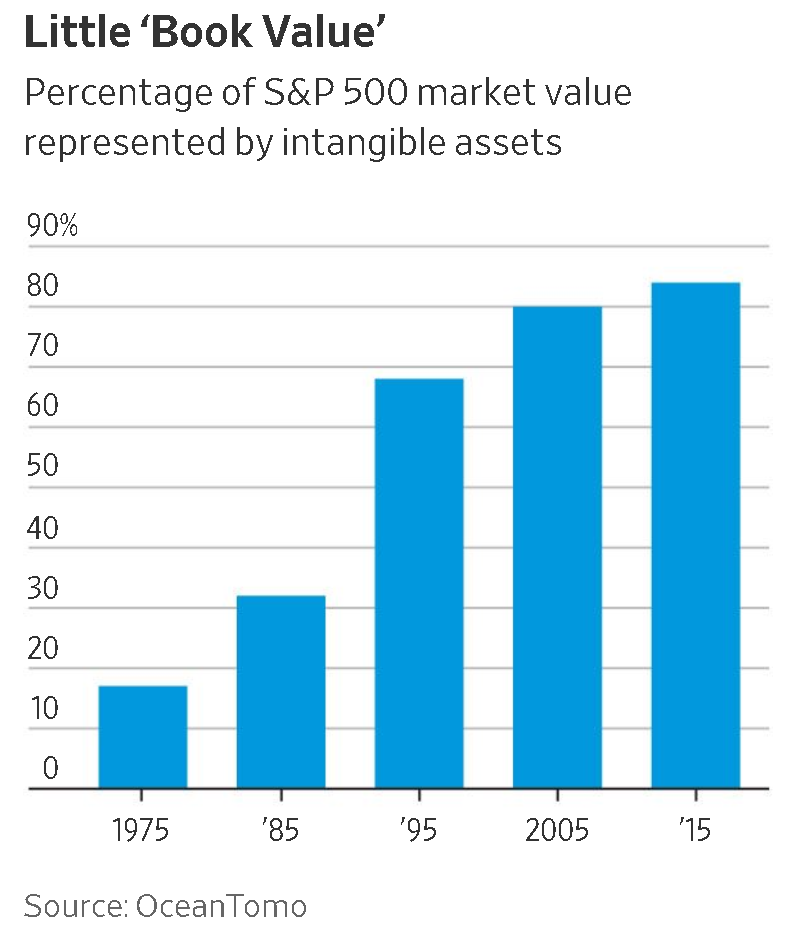 The situation might suggest that we use an updated method that more accurately measures value, Hulbert says, citing an argument by NYU accounting and finance professor Baruch Lev that the increasing significance of intangible assets is the leading cause of book value’s loss of relevance and, further, that the GAAP treatment of these asset is both outdated and inconsistent. He notes the example of patent development which, according to GAAP rules, must be treated as an expense rather than an asset.

“To be sure,” writes Hulbert, “not everyone is ready to write the price-to-book ratio’s obituary.” He cites an interview with Columbia finance professor Kent Daniel, who asserts that while the GAAP treatment of intangible assets might be less than ideal, the failure to accurately reflect their value doesn’t necessarily mean it “isn’t able to do a decent job differentiating between underpriced and overpriced stocks.”

If this is true, Hulbert queries, then why has value lagged growth in recent years? According to research by University of Chicago accounting professor Ray Ball, one problem is that book value has become increasingly dominated by the category of “contributed capital”—the sum of a company’s past equity issuances less share purchases—and this shift has reduced the relevance of the price-to-book ratio. However, Ball argues that the other major component of book value—retained earnings—is still a useful component and that the ratio of price-to-retained earnings per share “remains as effective an indicator as ever in predicting stock returns.”