A study recently published in the Journal of Financial Economics found that short sellers “on balance are right more than they’re wrong” writes Mark Hulbert for MarketWatch, arguing “it’s worrisome that the volume of short selling has risen so steadily this year.”

According to University of Utah finance professor Matthew Ringgenberg, the reason that short sellers tend to do better is that it’s more challenging to sell a stock short than to buy it—that is, says Ringgenberg, “the markets place a number of hurdles in front of the short seller that don’t exist for investors on the long side” (i.e. it can be tough to find shares to borrow and costly to borrow them). However, Hulbert writes, these obstacles “keep away all but the most committed of investors” which results in short sellers ultimately having a better track record.

For the study, Ringgenberg and his colleagues created a short-selling index to show whether the total volume of short selling is above or below the moving average, then used the index to predict the market’s return over the subsequent 12-month period (above-average short selling being a bearish signal). Findings showed that the model “had a better track record than any of the 14 other market-timing indicators that previous research had identified as showing promise.” 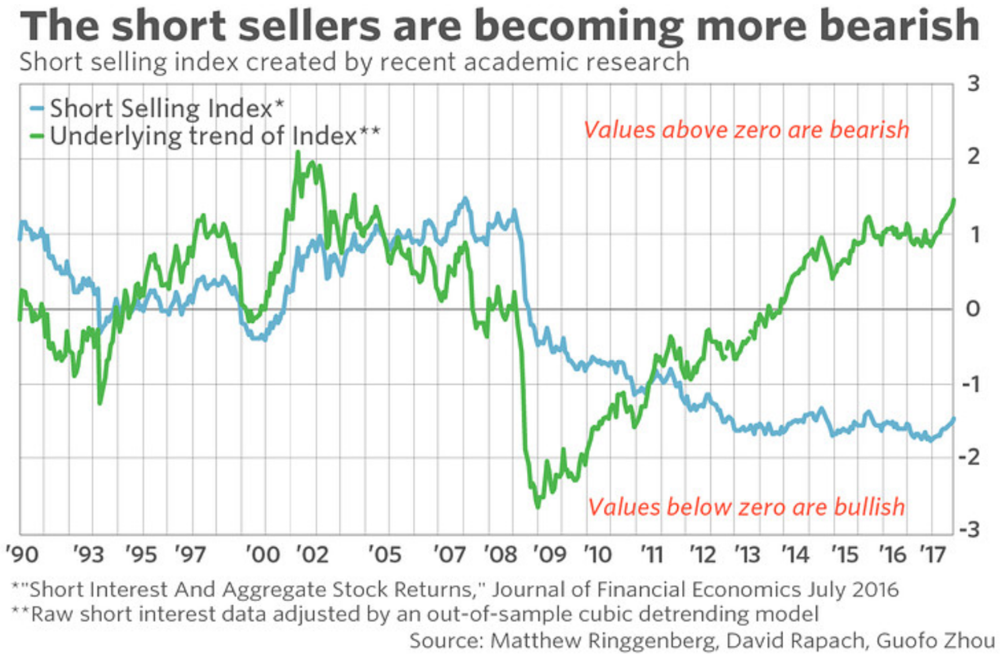 According to Ringgenberg, the chart suggests that the “stock market is in the neutral zone and that it may well be at or close to an ‘inflection point’.”