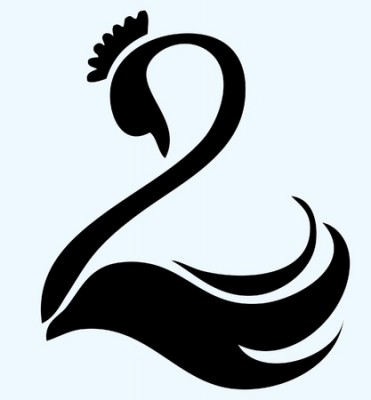 Imagine a scenario in which you’re unsure about directions, so you ask a friend if you could follow him in your car. He happily agrees, then tells you to turn right a mile before he does.

In some ways, talk about strategies to protect investors from “black swan” events–negative occurrences that lead to significant market declines—is similarly puzzling. The term, popularized in a 2007 best-selling book by scholar and risk analyst Nassim Nicholas Taleb, is derived from the once widespread but misguided belief that all swans are white. Black swan events, therefore, are not-so-good surprises for the investor.

There have been many such events, including the dot.com crash of 2000, the financial crisis of 2008, Black Monday (August 2015), and the Fukushima nuclear disaster of 2011. And, while there were certainly known forces at work leading up to each devastating event, the timing and scope of any one would have been impossible to predict.

Nevertheless, humans like to predict. And they really like to hang on to pessimism, which only fuels the tendency to subscribe to the black swan mindset. In a Collaborative Fund article earlier this year, Morgan Housel explains, “Hearing the world is going to hell is more interesting than forecasting that things will gradually get better over time, even if the latter is accurate for most people most of the time.” He says that humans tend to “coddle” pessimism for longer than necessary while optimism “demands facts and is ditched at the first sign of trouble.”

A recent Wall Street Journal article recalls, “In the wake of the global financial crisis, fear of such ‘black swan’ events drove some investors into hedge funds that offered protection should markets plunge,” explaining that such “tail-risk” funds were “designed to reap benefits from sudden slumps.” Funds like these funds might employ strategies built around purchasing options contracts or other speculative instruments whose prices would surge in the midst of a market panic.

For billionaire investing legend Warren Buffett, who inspired one of the stock screening models I created for Validea, trying to get out ahead of bad news is a futile effort. Explaining his philosophy in the wake of the 2008 financial crisis, Buffett explained, “If I had owned 100% of a solid business with good long-term prospects, it would have been foolish for me to even consider dumping it. So why would I have sold my stocks that were small participations in wonderful businesses? True, any one of them might eventually disappoint, but as a group they were certain to do well.” Buffett’s investment philosophy is firmly rooted in the notion that  investors should guard against fear-based, knee-jerk reactions of any kind. In his opinion, this is an emotionally-based attempt at market timing—that is, moving in and out of markets based on what you think might happen.

Since the present bull market has seen a long stretch with nary a black swan in sight, tail-risk fund strategies have largely fallen out of favor. But some fear that factors including today’s stretched market valuations make a black swan more likely. Even if that’s true, however, it doesn’t necessarily mean that an investment strategy designed to protect an investor from a future black swan event will end up doing its job. The above-referenced WSJ article argues that, “critics point to evidence suggesting that buying insurance is always a losing game in financial markets.”

The goal here is not to poke holes in black swan investment strategies per se, but rather to underscore that, albeit more nuanced and complex, they represent an attempt to bet onthe likelihood of a negative event in the future that will result in a major market decline. Ben Carlson of Ritholtz Wealth Management offered a particularly keen perspective on the post-crisis investor’s desire for “insurance” against a black swan event in a 2014 blog:

“In the aftermath of the crash, the fund industry took full advantage of the change in sentiment and rolled out a host of new funds that were supposed to help investors if there was another downturn — long/short funds, tail-risk strategies, absolute return funds, option hedging strategies, tactical asset allocation funds and the like. Investors poured money into these funds with a heavy dose of hindsight bias by allowing the recent past to shape their investment decisions. Those who piled into these funds missed the idea completely. They were trying to plan ahead for uncertain events that could surprise everyone. Of course, this is impossible, because you can’t hedge out the risks of unknown events…they’re unknown after all.”

It may be easy to look back, now, eight years into a bull market, and make judgments about strategies that look to capitalize on black swan events given how poorly many have performed. However, the key lesson for investors is that the markets are never completely black and white and no strategy will always be the winning approach. Trying to time, or predict, the end of the current bull market, start of a bear market, beginning of a bull market or some exogenous and unforeseen event should be left to those who claim to be better equipped to make such predictions, as foolhardy as they may seem. The better plan is to find strategies that you understand, are built on long term track records, are aligned with your risk tolerance, that you can stick with even if the markets don’t deal you a good hand. In the end, investing with this mindset is better than betting too much on seeing a rare black swan that may not ever fly into view.