Even though the S&P continues to hover over a new record high, investors don’t seem to be buying it–metaphorically or literally. This according to journalist James Mackintosh of the Wall Street Journal.

Instead, funds are flowing into safer investments. Not so much in the direction of bonds, which are showing paltry returns (the 10-year Treasury bond has hit new lows) or in sexy stocks, but rather in “bond-like” equities. The two sectors with the most appeal are utilities and consumer staples. They may sound a bit ho-hum, but their returns aren’t. The utilities sector is up 15% this year, beating Facebook, Amazon, Netflix and Google. Telecom has gained 13% and consumer staples are up 6% (compared to 4% growth in the overall index). All three also offer healthier dividends than the market as a whole. 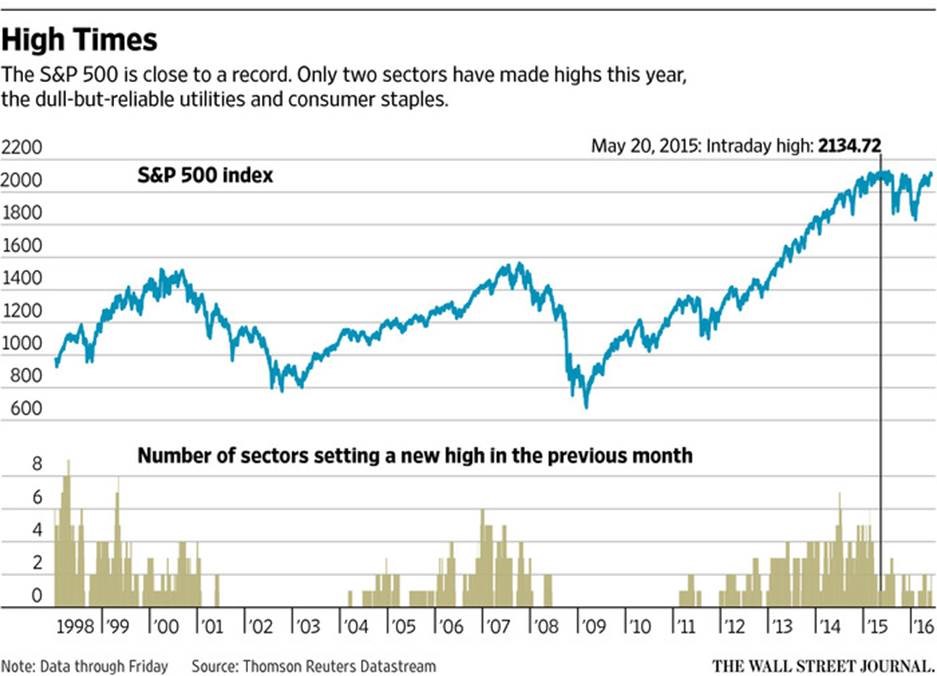 Mackintosh asserts that the bond market is simply too pessimistic. Small-cap stocks, which are sensitive to the strength of the economy, are showing signs of life: The Russell 2000 small-cap index recently caught up to the S&P for the first time this year. So while things aren’t great, they might not be as bad as feared. According to Mackintosh, buying bond proxies in the stock market means accepting that the economy is weaker than data are suggesting. The alternative, he says, is to “pick up cheaper economically sensitive stocks and hope that the muddle-through economic recovery of the past seven years can continue.”