This May marks the one-year anniversary of the record high in U.S. stocks, but don’t break out the champagne just yet. This milestone is sparking some concern as to whether the other shoe is about to drop, and the jitters are based on more than just a hunch.

There’s been only one bull market since 1900 that has experienced a correction lasting longer than a year and, next week, we’ll be passing that. The question is: are things different now than in very other bull market correction over the past 120 years?

According to columnist Mark Hulbert’s analysis of 35 past bull markets (illustrated above), the longest correction occurred back in the 1990’s and lasted 379 days. Since we’re at that threshold, are we to assume that this bull is new? Does it really matter?

Hulbert says it does. The information he has gathered (from a host of investors and newsletter editors) reflects a belief that this is a young bull. And if they’re right, we can stop watching the calendar. At least for now. 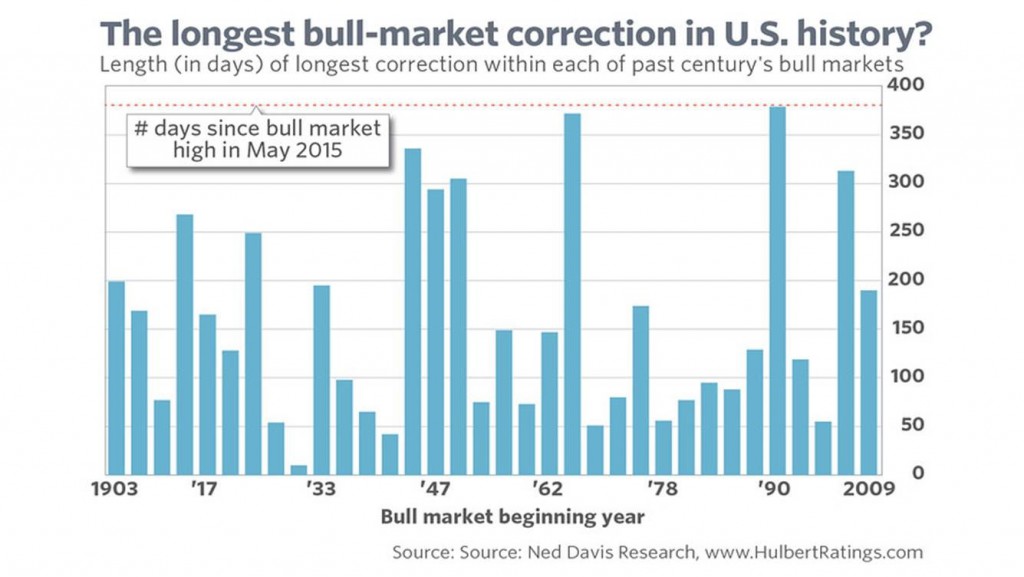