“For the first time since before the 2007-2009 recession, premiums on the lowest-rated tranche of investment grade U.S. corporate bonds have risen to 2 percent after being below that level,” based on data gathered by the Minneapolis-based research firm the Leuthold Group. This according to a recent article in Bloomberg. 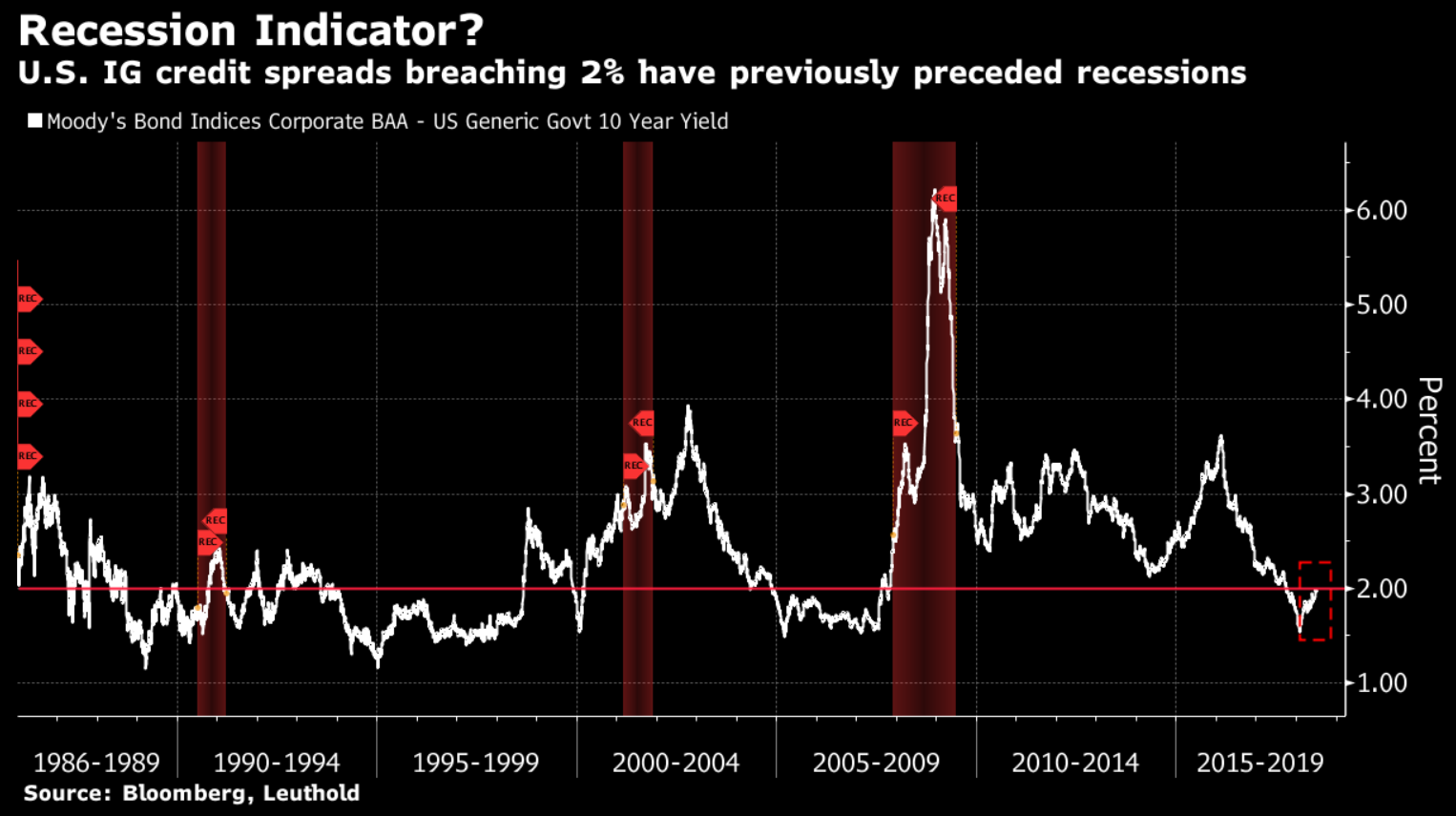 In a note to clients last month, Leuthold chief investment strategist Jim Paulsen wrote, “We are not sure why a 2 percent credit spread has been so prescient in predicting recessions since 1970.” According to the article, Paulsen was quick to acknowledge that “other gauges of recession risk aren’t sending the same signal,” including the more notable one of an inverted Treasury yield curve, which has yet to invert emerge.

With regard to the credit spread, Pauslen noted, “This less-followed indicator has a good enough relationship with recession risk during the last 50 years that it should not be ignored.” He also wrote that, given that the economic recovery has been “subpar” and dependent on unconventional monetary policy and fiscal stimulus, it might not be surprising it if were to end “before traditional recession indicators provided warnings.”