There are no hard-and-fast rules for determining whether value or growth stocks will suffer the most during a bear market, writes Morningstar senior analyst and CFA Kevin McDevitt.

“No two bear markets are the same,” writes McDevitt, “and the catalysts behind them tend to change. There is usually one sector that gets hit particularly hard, but it is difficult to anticipate which one it will be.” He offers the following historical data:

McDevitt explains that the 1998 bear market was sparked by Russia’s debt default and devaluation of the ruble (which occurred while the U.S. dot com bubble was still inflating). At that time, financials were hardest hit while utilities provided a haven. However, the roles reversed during the 2000-03 bear market.

“Whichever style or sector has been in favor tends to get hit the hardest during the next bear market,” McDevitt says. “This is the idea behind reversion to the mean.” He explains that reversion typically happens eventually, but it’s difficult to predict when. “Often,” he says, “it can take far longer than one expects.”

There are no absolute guidelines for protecting against bear markets, according to McDevitt. The best defense, he says, is diversifying one’s portfolio. Even more importantly, he says, don’t panic when one materializes. “A bear market,” he says, “is the worst time to be reactionary. Plan in advance and stick to it.” 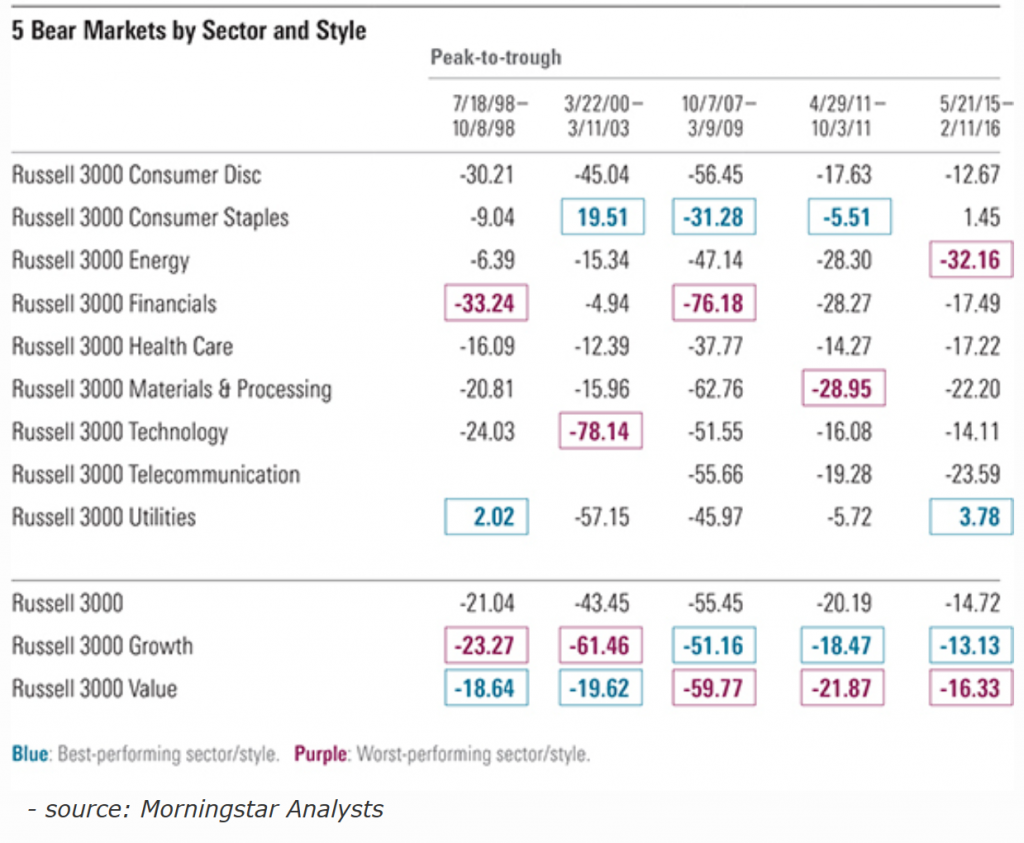