The Pimco Income Fund, managed by Dan Ivascyn, has returned 10.6% over the past 12 months alone and, according to last week’s Bloomberg, investor money is “pouring in at pace unseen by any other actively-managed stock or bond  fund” (according to data compiled by Bloomberg and Morningstar).

The fund overtook Pimco Total Return Fund (once the world’s largest) which was run by Ivascyn’s predecessor Bill Gross. According to the article, however, Ivacsyn’s star was on the rise before Gross’s departure and, along with his co-manager Alfred Murata, he made some spot-on, against-the-grain calls last year. These included adding subprime mortgage bonds as well as “riskier corporate and foreign bonds following the oil price plunge” last February. He also cut back on U.S. Treasuries before November’s presidential election, which turned out to be the right call when bond prices fell after Trump’s surprise victory.

Since November 8th, the fund returned 2.75 percent, the article states, compared to a 1.8 percent loss for the Bloomberg Barclays U.S. intermediate-term bond aggregate.

“You had three events where markets overreacted to some degree,” Ivascyn told Bloomberg, “and you were able to take advantage of some attractive valuations. This year, when there’s not a whole lot of fear in the market, you sit back and be patient.” 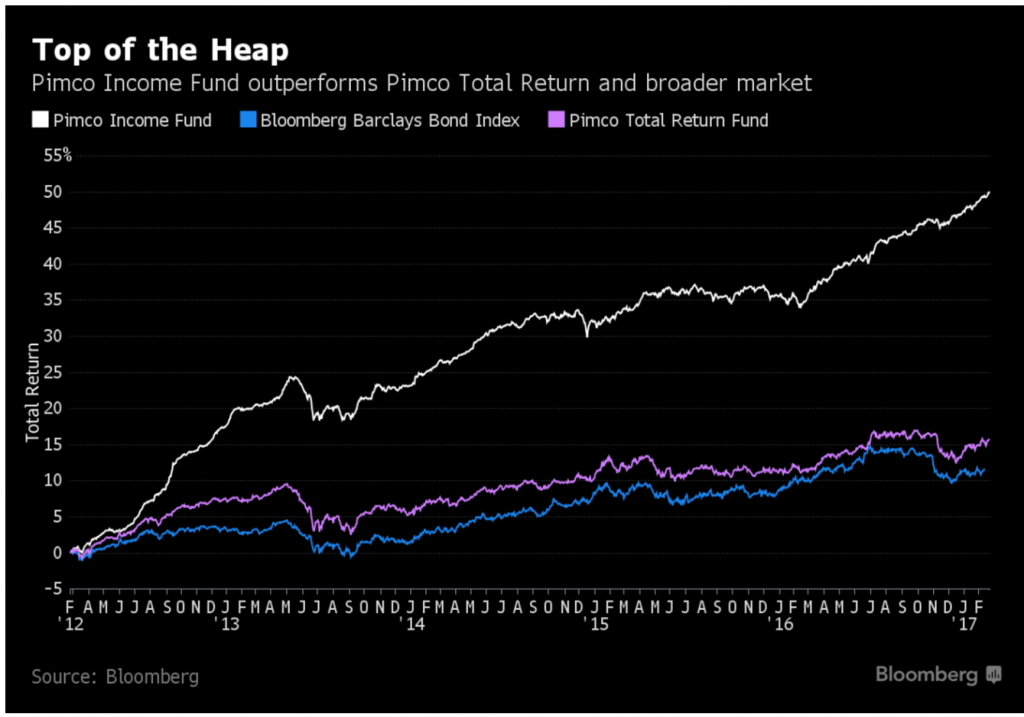