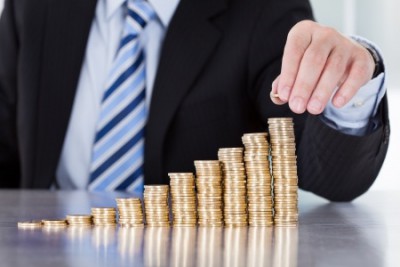 In a classic episode of the comedy television series Seinfeld, Jerry is told by a rental car agent that although they had his reservation in their system, they had run out of cars. He responded in his inimitable, singular style, with: “You know how to take the reservation, but you don’t know how to hold the reservation. And that’s really the most important part.”

I was reminded of the scene while reading an article from earlier this year by Collaborative Fund’s Morgan Housel titled “Getting Rich vs. Staying Rich” in which he recounted the decidedly less funny story of Jesse Livermore who, because he shorted the market, “made more money in the crash of 1929 than during the rest of his life combined”—the equivalent of $3 billion, making him the richest man in the world at that time. However, after four years of making larger and larger bets, writes Housel, Livermore managed to lose it all.

On a somewhat less dramatic scale, so went the fortunes of those who fell hook, line and sinker for the “Nifty Fifty” stocks in the 1960s. A CNBC article from last month likened today’s FAANG stocks (Facebook, Apple, Amazon, Netflix and Google parent Alphabet) to that older group of fifty large-cap, blue chip stocks that investors gobbled up with reckless abandon (companies such as Polaroid, Xerox, Coca-Cola and Sears). “These equities,” the article says, “were often described as ‘one decision’ trades that you bought and kept for life.” At the time, that is. By 1975, the article points out, investors who jumped with both feet onto the Nifty Fifty bandwagon in 1972 “would have seen more than two-thirds of their wealth evaporate.” A sobering sting indeed compared to losing a car reservation.

So, what’s the secret to preserving the wealth you’re able to acquire? According to Thomas Corley, author of the book Change Your Habits, Change Your Life, it comes down to establishing good habits. Corley conducted a Rich Habits Study in which he interviewed 233 wealthy individuals (177 of whom were self-made millionaires) with at least $160,000 in annual gross income and $3.2 million in net assets over a 3-year period beginning in March 2004 and ending in March 2007. In a July article for Business Insider, Corley boiled down his findings: “Staying rich requires that you forge certain specific habits that ensure the wealth you’ve accumulated does not disappear.” It may seem obvious, but for many investors this is much easier said than done.

Here at Validea, we employ investment strategies inspired by some of the most successful investors of all time, such as Peter Lynch, James O’Shaughnessy and Warren Buffett–gurus who understand the importance of building wealth over time and preserving that wealth by avoiding counterproductive and costly “habits”. Investing is a long-term proposition after all, and trying to time the market by jumping into a “hot” stock is a recipe for losing wealth over the long term.

Put another way, it’s the patient, disciplined (and sometimes boring) investing that can pay off big. Baseball fan Warren Buffett puts it this way: “The trick in investing is just to sit there and watch pitch after pitch go by and wait for the right one in your sweet spot. If people are yelling, ‘Swing, you bum!’ ignore them.”

While “swinging” at a hot tech stock might be appealing to the impatient investor, Buffett would rather invest in a fundamentally sound company with strong management and a sustainable business. Financial information and big data analytics firm Factset Research Systems Inc. (FDS) scores highly under our Buffett-based model due to its predictable earnings and moderate debt level, and medical technology company Masimo Corporation’s (MASI) ten-year average return-on-equity gets a thumb’s up from the Oracle of Omaha.

Famed growth investor Peter Lynch is also a staunch advocate of investing in what you know, of doing your homework on the company’s earnings prospects, financial condition, competitive position and plans for expansion, etc. Flavor-of-the-month stocks, in his opinion, don’t pave the road to wealth preservation. A company that’s favored by our Peter Lynch-based model is children’s book publisher Scholastic Corp. (SCHL), based on fundamental metrics such as the ratio of price-earnings to growth in earnings-per-share (the “PEG” ratio, created by Lynch to determine fairness of price).

But no strategy will beat the market every month or even every year. If that’s your goal, you might end up jumping from strategy to strategy chasing returns or the “next big” stock, which could very well lead to buying high and selling low. The important point here, however, is that a disciplined strategy will help you hold onto whatever level of wealth you are able to attain. If you think long-term (over a time horizon of at least five years), you’ll be better equipped to endure short-term underperformance and reap the rewards of a good strategy.

Jessie Livermore learned this lesson the hard way. “After his third wipeout,” Housel writes, “Livermore recognized his mistake: Getting rich made him feel invincible, and feeling invincible led him to double-down with leverage on what worked in the recent past, which was catastrophic when the world changed and the market turned against him.”