According to an article in Bloomberg, Nobel laureate Robert Shiller says “The stock market could get a lot higher before it comes own. It’s highly priced, but it could get much more highly priced. It’s a risky market now.”

In an interview with Bloomberg Television, Shiller said that President Trump’s support for corporate America is driving both sentiment and market strength: “The U.S is just doing great right now in terms of the strength of the economy and the stock market,” Shiller said. He argued that although share valuations may be among the most extreme in long-term history, they’re still below the levels that were present during the tech boom at the turn of the century. Shiller’s cyclically adjusted price-to-earnings ratio currently sits at 33 times earnings, the article reports, adding that it reached as high as 44 in 2000, just prior to the dot-com crash. 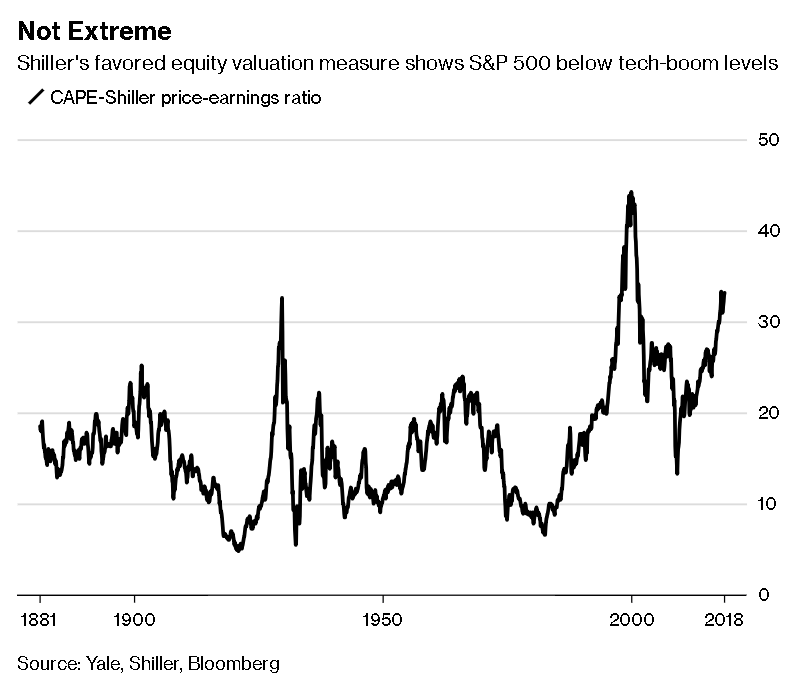 Bill Ackman’s Fund is Still Cheap Despite his...

Are Intangibles to Blame for Value’s Pain?

Dogs of the Dow Strategy Could Work in...