A recent article in Institutional Investor discusses the plight of short-sellers in the now nine-year bull market which, the article says, “is punishing these defiant minority investors to the point where it’s become hard to stay relevant as a group.”

While a bullish market can provide short-sellers with “glaring opportunities for profit,” the article argues that they are also “battling animal spirits and the prevailing optimistic views of the companies they’re betting against.” They can also be treated as pariahs, according to Yale University finance professor William Goetzmann, who says short-sellers are often viewed as “profiting off the misery and failure of others.” The article quotes Tesla’s Elon Musk who, in a Rolling Stone interview last year referred to short-sellers as “jerks who want us to die,” and accused them of fabricating rumors.

But some, such as Columbia Business School finance professor Charles Jones, view short-sellers as a positive force. “We need to have optimists and pessimists helping to determine stock prices,” he argues. “Otherwise, there is a risk of asset prices rising too high for certain companies and sectors.”

Short interest in U.S. equity, the article reports, totaled about $747 billion at the end of April, on par with the beginning of the year but up 14% compared to the beginning of 2017 (data fromS3 Partners). The most heavily shorted industries were biotechnology, internet software and service, and semiconductors. 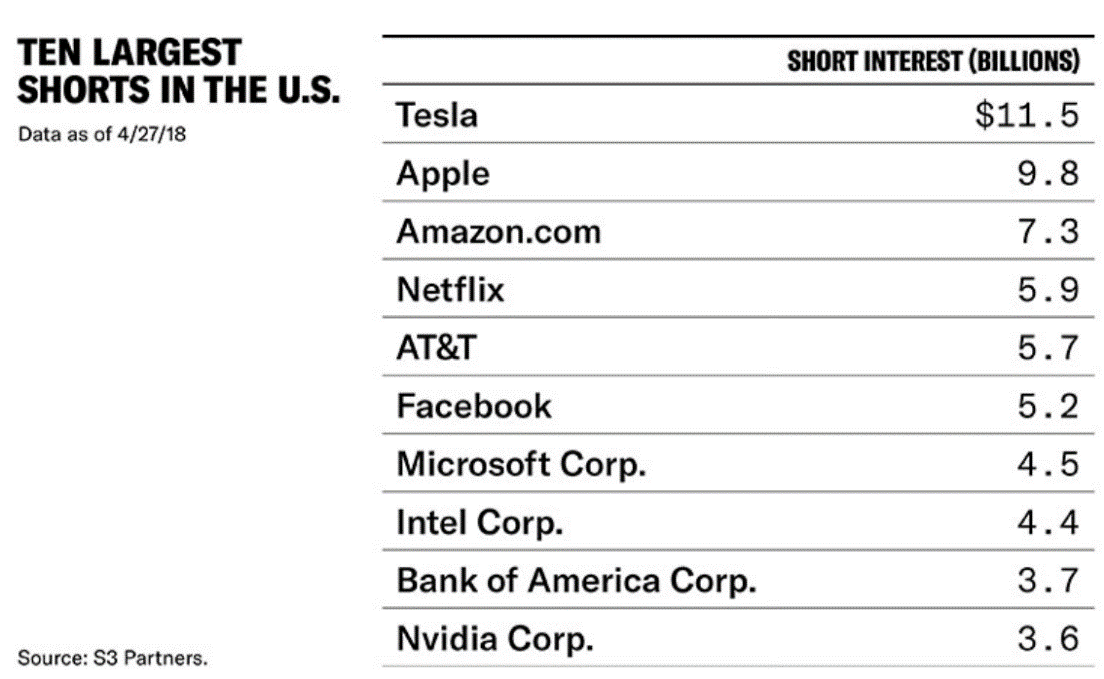 But the current climate of optimism, the article concludes, is creating headwinds for short-sellers. Carson Block, founder of Muddy Waters Capital, says that being right about a company doesn’t guarantee making money on a short trade—”particularly in bullish markets when it’s cheap and easy for companies to access capital. Even this year, with investors showing signs of nervousness, money isn’t flooding through their doors.”