According to the latest S&P Indices Versus Active funds scorecard, over the last 15 years (ended December 2016) 82% of all U.S. funds were unable to beat their benchmarks, according to a recent Wall Street Journal article.

This supports the growing view that active managers are unable to justify their fees and that “even those managers who do outperform their passive counterparts can’t sustain it year after year,” according to the article. Although active managers often argue that performance should be measured over the longer term, the article contends that the majority of active funds underperform even over “a full market cycle, which includes peaks and troughs.”

Investors, the article asserts, “have spoken with their wallets, turning to index-tracking funds in droves.” It cites Morningstar data showing that, since 2007, $1.2 trillion has been withdrawn from actively managed U.S. stock funds and that nearly the same amount has moved into passive funds.

The underperformance of active managers, says WSJ, seems to exist even given though the “survey period ended during a year of geopolitical tumult of the sort that sometimes is thought to benefit active managers,” citing Brexit and President Trump’s election as contributing factors. 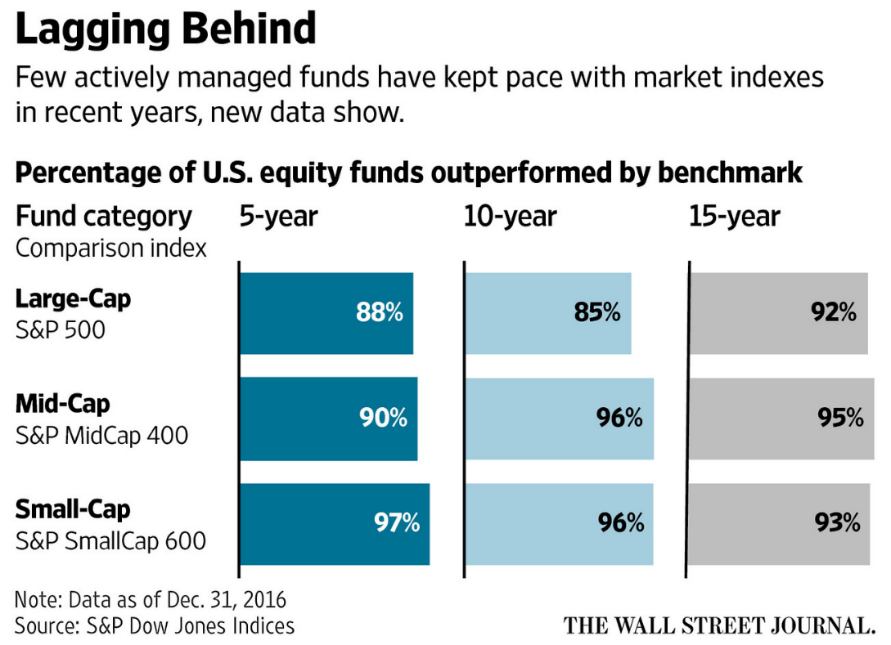