There are many disconnects in the asset management industry between what sells and what succeeds. Often, what is the most effective for obtaining clients is the exact opposite of what actually produces the best investment returns.  Every investor is subject to a series of behavioral biases that they probably don’t even recognize. Good financial planners use those biases for good by trying to make clients aware of them and helping to develop a plan to manage them. On the sales side, though, those biases can sometimes be used for less altruistic goals and capitalized on to convince investors to invest in products that may not be in their best interests.

What sells in asset management is often not what is best.

I examined one side of this issue in a past article where I looked at some slogans that I think wished would work in asset management since they are aligned with what produces the best long-term performance, but don’t. This time, I am going to flip that argument and look at the sales pitches that do work in the investment business, but are not likely to produce positive results for those that follow them.

Here are a few of my favorites.

Our Recent Performance is Amazing

The pitch: You will see this type of approach is advertisements all over the place. The premise is simple – our performance is great over a recent short-term period of time so the time to invest is now. The time frames of the performance advertised will typically be less than 5 years and it will not be accompanied by longer term performance. This is an incredibly effective method for attracting capital. People want to invest in things that are doing well now because they extrapolate that strong recent performance into the future.

To drive home this point, we can look to one of the guru’s we emulate here at Validea. In the book, Heads I Win, Tails I Win: Why Smart Investors Fail and How to Tilt the Odds in Your Favor, by Spencer Jakab, he cites the performance of Peter Lynch and how most investors didn’t come anywhere close to achieving the long term results Lynch generated.

During his tenure Lynch trounced the market overall and beat it in most years, racking up a 29 percent annualized return. But Lynch himself pointed out a fly in the ointment. He calculated that the average investor in his fund made only around 7 percent during the same period. When he would have a setback, for example, the money would flow out of the fund through redemptions. Then when he got back on track it would flow back in, having missed the recovery.

Investors chase hot performance, and marketers know to take advantage of that.

We Can’t Tell You About our Black Box, But It Contains the Secret to Performance

The pitch: There is a common belief in investing that you have to be really smart and run complicated models to succeed. Marketers often capitalize on this by making their systems seem like they are the equivalent of rocket science, and that exposing their secret ways to the general public would just be too risky. This approach is often accompanied by a team of PhDs with resumes that make it seem like it isn’t conceivable that their approach could ever go wrong.

The reality: Simple almost always beats complex in investing. Just look at Warren Buffett. His approach is both understandable and transparent and yet it has worked over very long periods of time. Or better yet, look at index funds. They follow the incredibly simple of approach of just buying the market and weighting it based on size, and they beat 90% of professionals long-term. Also, understanding and believing in what you are investing in is crucial to long-term performance. That conviction is what will allow you to sit through the inevitable bad periods. A black box you don’t understand won’t allow you to have that conviction.

You might think the diagram below is some crazy mathematical formula for how to outperform the stock market, but it is just the math behind catching a baseball. As Morgan Housel points out in this article, “Everyone catching a baseball uses a rule of thumb that incorporates all the complicated math into a three-step action: Align a flying ball in the center of your gaze. Run. Adjust your run so the angle of the ball stays at the same spot in your gaze.” Boiling down complexity into simple rules or steps is often the best course of action for most, whether you are going to catch a baseball or implement an investment strategy. Investors who can’t explain their strategy in a simple way are likely using complexity to hide its shortfalls. 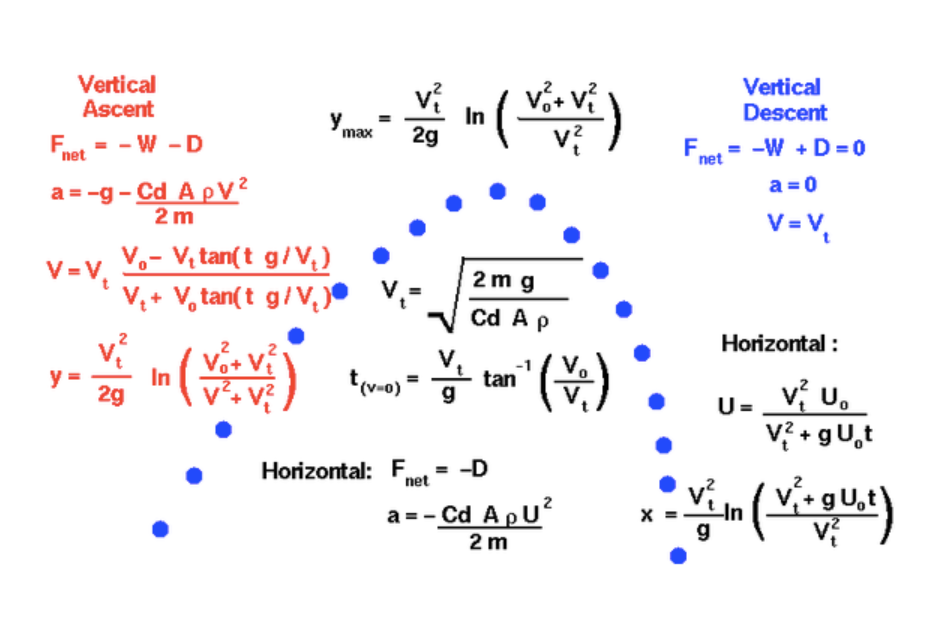 The Doom and Gloom Approach

The pitch: If you get marketing messages for investing newsletters, you are probably familiar with this one. It goes something like the following: The market is incredibly overvalued, the policies of central banks are going to destroy the world economies, and life as we know it is about to end. The advertisement will then likely contain some sort of solution for these problems that just happens to only be available if you buy the product they are selling. There is a reason newsletters use this approach; it is typically incredibly successful in producing sales.

The image below (click here to view a larger version) shows the Time Magazine covers over the years, courtesy of Legg Mason. The point of the diagram is to show that while dates change, the headlines often remain the same. Negative headlines often get the most attention, but over time the investor who stays disciplined and can tune out the predictions of the market naysayers is the one that wins out.

What Sells Isn’t What Works

I am certainly not breaking any new ground in showing that any of these approaches are not in investors’ long-term interests. That has been shown many times before. But despite this, they continue to work, often to the detriment of individual investors who are lured in by them. The key to successful investing is to find a process you believe in, and to stick with it through the inevitable ups and downs. All of these messages are counterproductive from that perspective. So next time you see anyone selling great recent performance, telling you about their secret approach, or predicting the end of the world, take a step back before you believe it. Your investment returns will likely thank you for it.