After years of weak performance and a battered reputation, there may be better days ahead for active fund managers, writes Jack Hough in this week’s Barron’s.

Investors have been favoring passive funds for years. However, Hough writes, “for tactical investors, the timing might be good for a contrarian move. All that cash pouring into index funds might have flattered the relative performance of the indexes in recent years.” 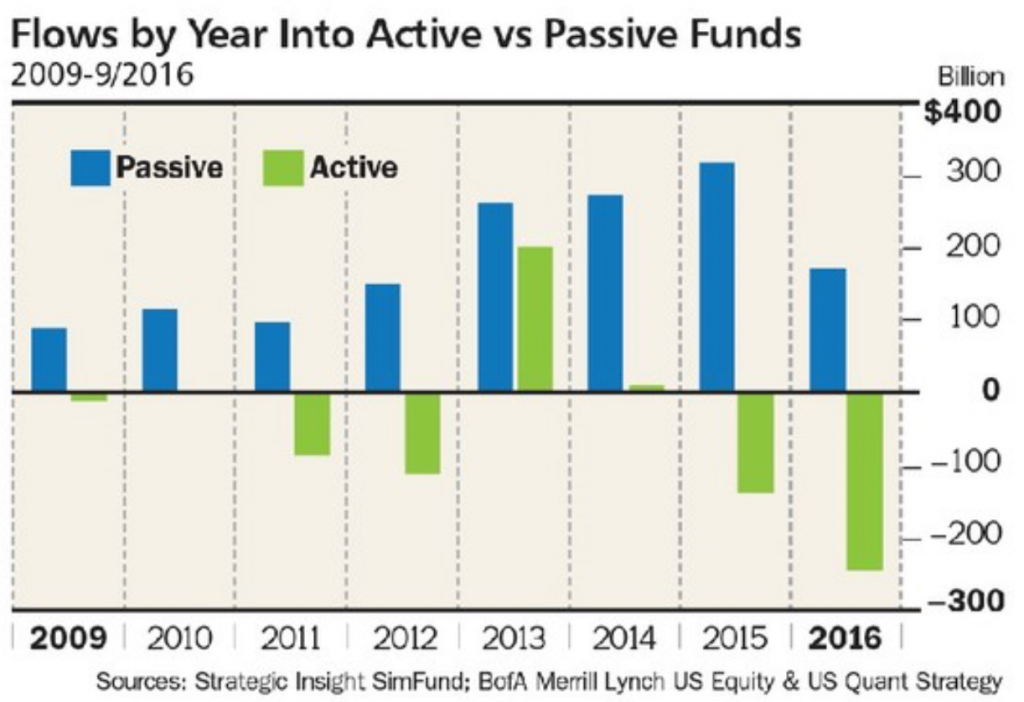 Active funds, Hough says, tend to lag their benchmarks not only due to higher fees but also because of what he calls the “hidden drag” of trading costs. He argues, however, that “If index funds simply accept market prices as they are, and active funds seek to identify pricing mistakes and exploit them, the stampede to the former from the latter raises the question of whether stock pricing has been affected.”

John Linehan, manager of T. Rowe Price Equity Income fund, concurs: “I think the big inflows have perpetuated the performance of passive,” he says. “If you own companies outside the index, you’ve been disadvantaged. Nothing can go on like that forever.” Jill Hall, a strategist at BofA Merrill Lynch, argues that the “spread between the best-performing and worst-performing stocks has been widening. In other words, conditions are becoming more favorable for stock pickers, or at least less punishing.”

Hough offers a few active fund “candidates” for consideration. “The ideal candidates,” he writes, “will have disappointed in 2015 but shined in 2016.”

Hough concludes: “Don’t expect active managers to begin beating benchmarks as a class. For talented managers, however, there could be more of what we see among the funds on our list—underperformance giving way to outperformance as the market begins repricing undervalued shares.”