A recent Morningstar article outlines the firm’s performance analysis of active U.S. equity funds in both “down” and “up” markets over the twenty years ending January 2018 to determine whether they can help insulate investors from market downturns.

The study found that “nearly 60% of unique active U.S. stock funds beat their indexes during the late- January/early-February correction:” 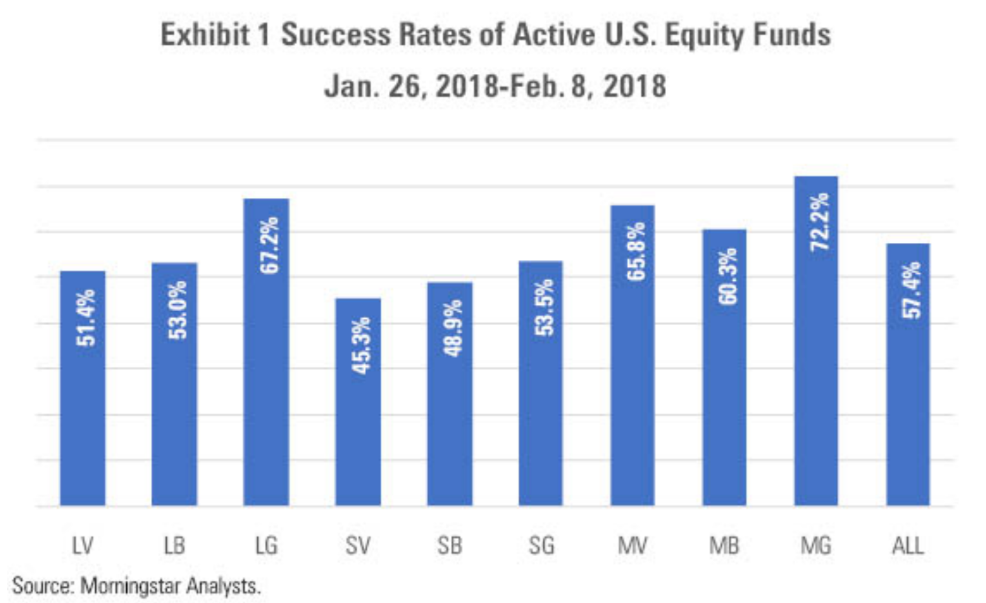 Morningstar also found that those funds able to beat their benchmarks in down periods did so by a wider margin than those outperforming in an up period: 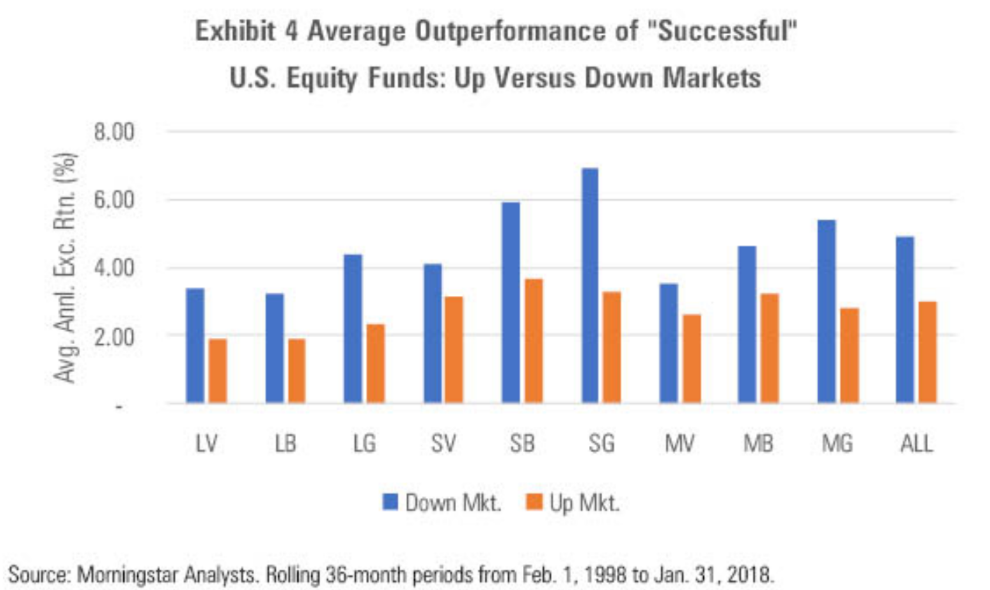 However, the study uncovered the following caveats:

The conclusion: “Defenders of active U.S. equity funds have been right….and wrong,” the article states. While active stock funds appear to “hold up better during down markets than their indexes, it says, that “outperformance hasn’t translated to long-term success, as up markets have greatly outnumbered down markets and success has proved fleeting,” especially among those active funds able to outperform their “bogies.”