At the Aspen Institute’s 25th Annual Summer Celebration Gala in August, JPMorgan Chase CEO Jamie Dimon warned that a 5 percent yield on the 10-year Treasury is in the offing. This according to an article in Bloomberg. 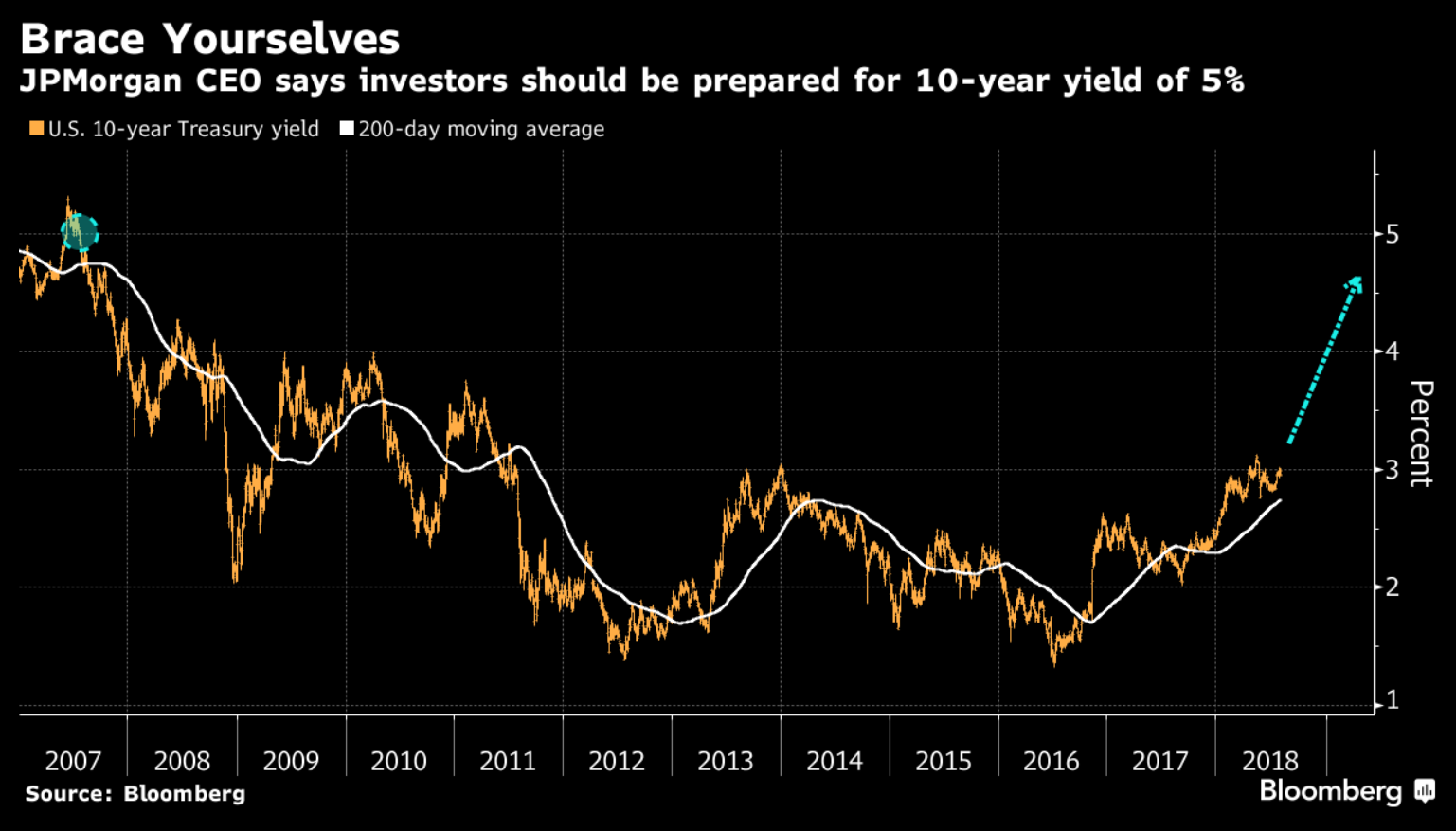 “You’d better be prepared to deal with rates 5 percent or higher—it’s a higher probability than most people think,” Dimon said. Notwithstanding, he expressed a positive general outlook, saying the current bull market could “actually go on for 2 or 3 more years” given that the economy is doing well. Markets usually turn right before the economy, he argued.

According to Dimon, cyber attacks are “probably the biggest risk” to the U.S., although he noted that banks are generally well protected and emphasized his confidence in JPMorgan’s security measures. He reiterated his concerns about cryptocurrencies such as Bitcoin, calling them a “scam” and suggesting that governments should shut them down because of the inability to control them.