While waiting for the other shoe to drop has become a favorite pastime for many in the investment community, the current bull market appears to be pretty sturdy. Precisely why, according to The Wall Street Journal’s Steven Russolillo, “more milestones could be in the offing.”

Data from the Investment Company Institute shows that, post-Brexit, investors yanked nearly $8 billion from U.S. equity funds (the fourth biggest weekly withdrawal of the year). So far this year (through May) withdrawals reached $64 billion, nearly double that of the same period a year ago. But stocks have been resilient, bouncing back from the post-Brexit dip (5.3% two days after the vote) in a mere two weeks.

As earning season progresses, Russolillo says the onus falls on corporate profits, predicting that the news probably “won’t be great.” Still, he adds, “the S&P has risen during four of the past five earnings seasons” despite the fact that analysts’ forecasts are always pretty dour. “Bull markets,” he writes, “rarely die from too much skepticism. This one likely won’t be an exception.” 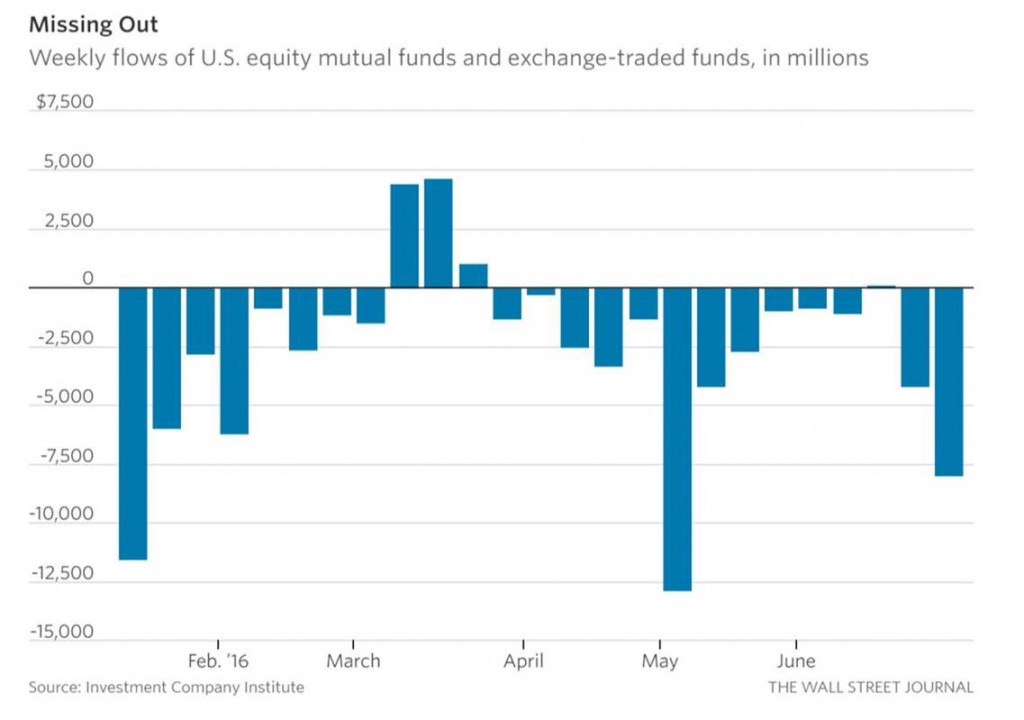